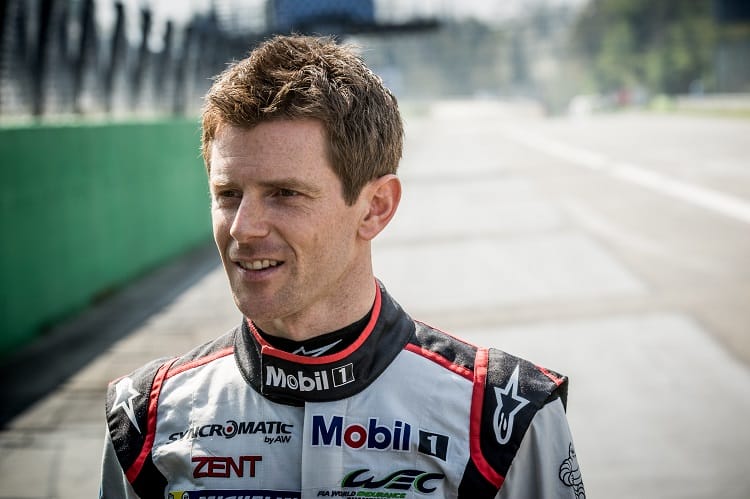 Anthony Davidson has announced that he will race for LMP2 team DragonSpeed after the 2018 24 Hours of Le Mans as part of their full season line-up.

Davidson was moved out of his full season LMP1 Toyota-Gazoo Racing World Endurance Championship seat at the beginning of the year so that Fernando Alonso could race full season for the Japanese team.

The Brit stated that he was focused on Toyota up to and including the 2018 24 Hours of Le Mans, wanting to concentrate on making it “as fast, reliable and user-friendly as possible,” but has made it clear he is not content to just sit in the wings for Toyota as test and reserve driver for the 15-month season.

There had been a chance that Davidson would return to a Toyota race seat for the 2018 6 Hours of Fuji as the race clashed with the Formula One American Grand Prix, but Toyota and the WEC moved the date so that Alonso would not have to miss a race.

The 2014 LMP1 Champion will race in the DragsonSpeed LMP2 car from the 2018 6 Hours of Silverstone and share the cockpit with silver driver Roberto Gonzalez and ex-F1 driver Pastor Maldonado. Nathanael Berthon will race in Davidson’s seat until the Brit joins the team for Silverstone.

Elton Julian, boss of DragonSpeed, described Davidson as “The anchor of what I feel is a line-up capable of going for the championship.” The DragonSpeed entry will join the 34 other cars this weekend at Paul Ricard for the 2018 WEC Prologue.