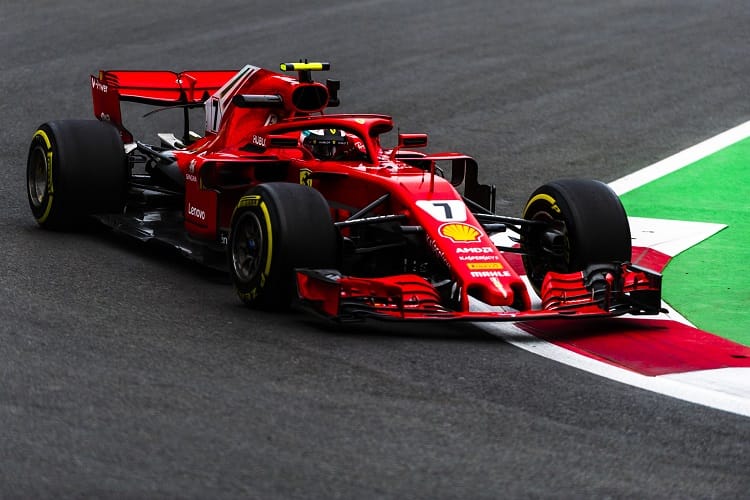 Kimi Räikkönen says Scuderia Ferrari made the decision to switch the set-up on his SF71-H midway through the first session around the Baku Street Circuit, but despite it costing him valuable track time, he knew it was important to be prepared for the second session.

The Finn completed only ten laps in the morning session in Azerbaijan before letting his mechanics change the set-up, and they were rewarded in the afternoon session by completing thirty-three laps and finishing second fastest, only 0.069 seconds behind pacesetter Daniel Ricciardo.

“It was an okay day,” said Räikkönen. “It was not very easy to start with, so during the first practice we decided to switch to a different set up.

“Unfortunately these kind of changes take quite a long time, but I’d rather skip or lose some track time in the first session and be ready in the second one. All in all, it was the right decision and our P2 was pretty decent.”

Räikkönen says Baku is not the traditional street circuit due to its low-downforce nature, but he feels Ferrari is not very far from where they want to be already, particularly with regards to their long run pace.

“This is a street circuit but not a traditional one,” added the Finn.  “The grip was really limited, especially since low downforce settings are used here. For sure there are things to improve as always, but we were not far from the top today.

“I think the long run was ok, the race pace looks good. Now we have to analyze all the data and see what we can do for tomorrow.”