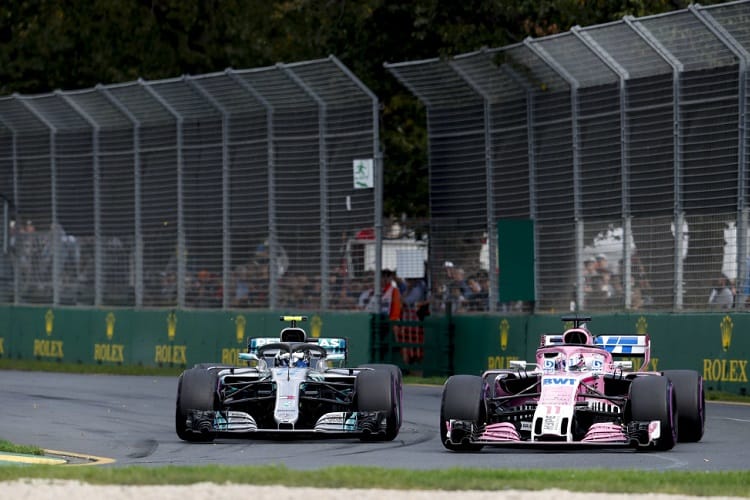 The FIA has called an urgent meeting with Formula 1 technical chiefs in Bahrain this weekend to discuss ways on improving overtaking in the sport following a disappointing Australian Grand Prix.

There were very few opportunities for drivers to pass at Albert Park last month, and drivers like Max Verstappen and Valtteri Bottas were left following supposedly slower cars, with the Aston Martin Red Bull Racing driver unable to find a way ahead of Fernando Alonso, while the Mercedes AMG Petronas Motorsport driver was stuck behind Nico Hülkenberg.

The backlash from Australia has seen the sports governing body call the meeting to discuss options on how to improve the racing, particularly when it comes to drivers being able to get close enough to the car in front to be able to make an attempt on an overtake.

Any rule tweaks need to be ratified before the end of April to be able to be implemented, while bigger changes after then would need unanimous support from the teams.  The talks within the meeting are likely to be focused on possible adaptations to the front and rear wings of the car, the former at a suggestion of Liberty Media and the latter by the FIA.

Ross Brawn, Formula 1’s Managing Director of Motorsport, has hired a team of aerodynamicists to help shape the future direction of the sport, with the constant problem of the high downforce cars being unable to stay close to each other the biggest challenge the team, headed by former Williams F1 Team engineer Jason Somerville, face.

“I’m really excited by what I’m seeing,” said Brawn to SiriusXM. “The front wing is for sure one area that is sensitive in both respects, in terms the disturbance it creates, and then the sensitivity to the disturbance of the car in front.

“It’s not the only area. There’s all the furniture and bargeboards you see behind the front wheels that are equally as sensitive. And there are areas of the rear floor and rear aerodynamics which are sensitive.

“We know the percentage drop in performance that comes as a car approaches another car, and already we’ve found ways of improving that in reducing the disturbed flow from the car in front, and reducing the sensitivity of the following car to that disturbed flow.

“So we’re trying to do it in a properly structured way, and that will be the solution we’ll apply for 2021. Anything we can learn in the mean time, which we feel is safe and fair and correct to apply, will be done.”

As well as changes to the cars, the FIA are continuing to experiment with the DRS zones in 2018, with this weekend’s race at the Bahrain International Circuit seeing an extension of the activation zone, with it one hundred metres closer to the final corner than in previous years. This comes two weeks after a unprecedented third zone was introduced for the Australian Grand Prix, although this had little effect on the overtaking opportunities.