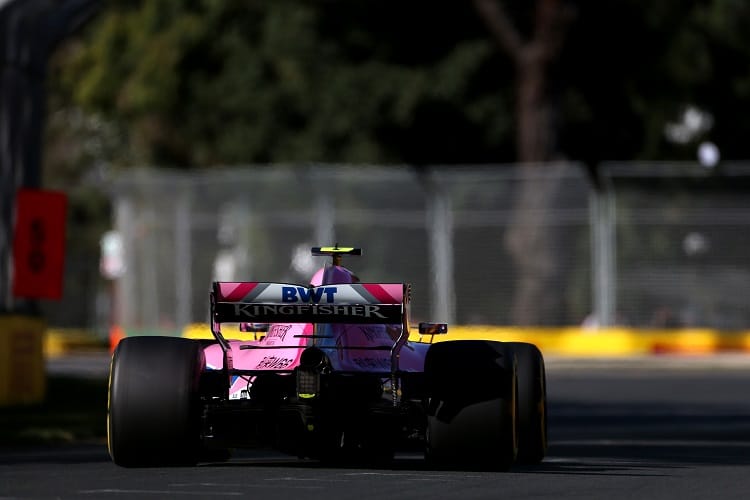 The Sahara Force India F1 Team knew heading into the season-opening Australian Grand Prix that they were in trouble, with technical director Andy Green admitting their might be a fundamental problem with their VJM11 that is costing them in 2018.

The Silverstone-based outfit has scored only one point in the opening two races thanks to Esteban Ocon’s tenth place finish last weekend in Bahrain, but the team had major worries about the balance of their 2018 challenger ahead of the Australian race last month, with issues in correlation between the track data and the information that came from the wind tunnel and CFD causing headaches.

“It started probably between the Barcelona tests and Melbourne,” said Green to Motorsport.com.  “We were a bit dubious about the data we were receiving, whether it was real or not, and then we needed to perform more tests on the car and some additional logging on the car, instrumentation, to see if it was a real phenomenon or not.

“Everything we have seen so far suggests it is real, so we have been attacking it to try to instigate a change. But as of yet we have yet to make any real inroads into it.

“It is not a tunnel issue, it is a full-size issue,” he added. “It doesn’t match tunnel or CFD. The tunnel and CFD match, but unfortunately they don’t match reality.”

The biggest issues seem to be at the rear of the car, with Green citing a ‘fluctuating rear load’ as a reason to why both Ocon and Sergio Perez struggle to manage their rear tyres, while the problem also prevents evaluating new parts, such as the new front win they brought to the Bahrain Grand Prix, in a satisfactory manner.

“We are still very confident that the front wing does what we wanted of it,” said Green. “But it was designed to go with a car that generates more rear load which we don’t have at the moment.

“Once that load appears and you put the wing on, that generates even more rear load so it is a double whammy. That is why we are very keen to break into it.

“It is incredibly difficult to judge [the potential of the car] because the tyres come into it massively. It is not just an aero load, it is a tyre management problem as well. It is very difficult to manage the rear tyres when you have a fluctuating rear load.”

Green hopes an update being brought to the Spanish Grand Prix in May will go a long way in curing the problem, but the biggest problem they face is trying to locate and fix an issue with relatively limited resources compared to many of their rivals.

“I am hoping we will have something that will attack it head-on Barcelona time,” said Green.  “There is definitely a solution there. What we are trying to do is find a quick solution.

“So it takes a bit longer to try to do it with the resources we have and the car we already have. It will take a couple of races I think.”

Green feels the team may need to look into backtracking on fundamental change they made over the winter in order to rectify the problem that is causing them the worries, and he expects a subtle change could have a massive effect.

“It is a very subtle change. It just goes to change how much of a knife-edge that we work on.”

By Fergus Mckie
3 Mins read
After Red Bull Racing Honda clearly have the fastest package, Mercedes AMG Petronas Formula 1 Team will be overjoyed to take pole at a track where overtaking is very difficult.