Mercedes’ Toto Wolff: “It’s clear from today that Ferrari will start as favourites” 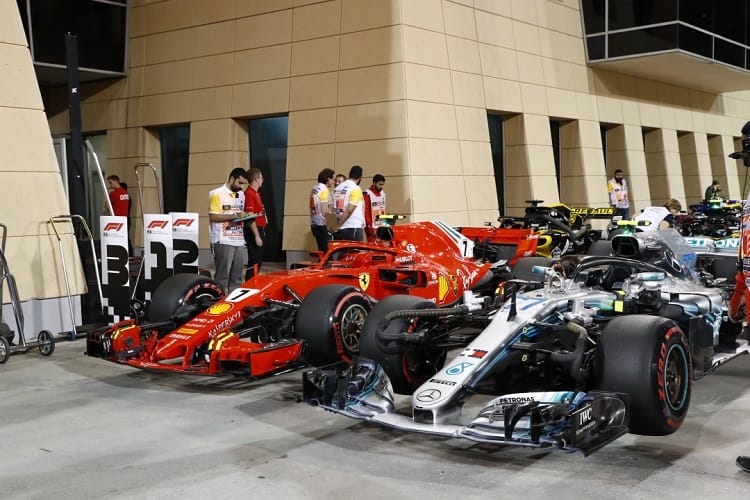 Toto Wolff admitted his Mercedes AMG Petronas Motorsport outfit were expecting to find it tough to beat Scuderia Ferrari during Qualifying for the Bahrain Grand Prix, and so it came to be when Sebastian Vettel and Kimi Räikkönen locked out the front row.

Valtteri Bottas got close to splitting the Ferrari’s but will start third on the grid on Sunday, while Lewis Hamilton was unable to match his team-mates pace, but will start ninth once his five-place grid penalty for an unscheduled gearbox change is applied.

Wolff, the Head of Mercedes-Benz Motorsport, says the team will keep their focus and work on improving the car, particularly in hot conditions where Ferrari seem to excel.

“This was a difficult qualifying session for us but about what we expected after practice yesterday and today,” said Wolff.  “Ferrari have always been strong in the hot conditions and they confirmed that with their one-two in qualifying, with pace that was just out of reach for both Valtteri and Lewis.

“We have said through the winter that the performance between the top teams is very close and this result simply confirmed it. Like always, we need to keep our feet on the ground, stay humble and keep working.”

Wolff says there is still plenty to play for from third and ninth on the grid, particularly as he believes the long run pace is similar between the leading three teams on grid, but he believes Ferrari will start as favourites on Sunday.

“The long runs in practice were very close between Ferrari, Red Bull and ourselves, so there is still much to play for tomorrow,” said Wolff.  “But it’s clear from today that Ferrari will start as favourites.”