Petter Solberg – “I love this track!”

The 2018 World RX of Portugal is the second round of the 2018 FIA World Rallycross Championship and its taking place at a circuit that Petter Solberg ranks as one of his favourites.

Solberg always has a plan. That’s been clear since he first entered the FIA European Rallycross Championship six years ago and this weekend is no different. The Norwegian driver has a job to finish that he started on year ago in the Supercar Final where he lost a chance of the win due to a puncture.

Solberg has a plan to complete the job he started last year in Portugal. Credit: IMG / FIA World RX

Despite this setback that led to rival Mattias Ekstrom taking the win, Solberg’s plan for this weekend is simple. Finish the job he started twelve months ago.

“I love this track! I won here twice and I was close last year before I got the puncture. This year I would really love to go back there and finish that job,”  said Solberg

“This is a real rallycross track with some really nice corners and grip changes. Barcelona was an enjoyable circuit, but it’s fantastic to bring these cars to a place like Montalegre where we have the elevation changes as well. It’s somewhere that you can really lean on the car and have a good go. Fantastic!” 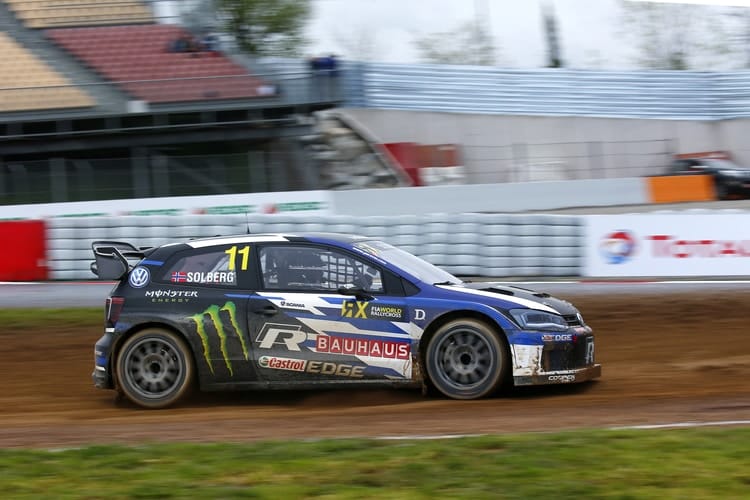 Solberg is looking forward to the challenge of the Montalegre circuit. Credit: IMG / FIA World RX

Before he sets about putting his plan in action, there is the matter of the last World RX event in Spain, where the PSRX Volkswagen Sweden driver lost out on victory due to contact with Ekstrom in the Supercar Final.

However there is hope on the horizon, as the double FIA World Rallycross Champion explains.

The Volkswagen Polo is a more forgiving car to setup in 2018. Credit: IMG / FIA World RX

“What happened in Barcelona wasn’t so nice, but that’s history now. These are exciting times for the PSRX Volkswagen Sweden team, we have some small upgrades coming for the car – nothing major, but they all count. It’s fine-tuning,” explained the former WRC Champion

“We have a car which has a wider window of performance so you don’t have to have the absolutely perfect set-up to get confidence, feeling and grip from the car this season. To know you’ll be able to react to weather or condition changes quickly really helps so much.”