Porsche Hopeful of a Strong Season after WEC Prologue 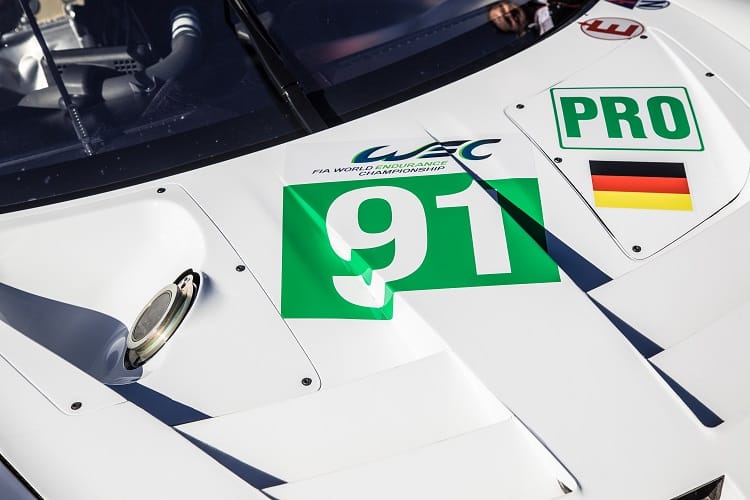 Porsche will only take the battle to the LM GTE classes this season, after the works LMP1 team pulled out of the FIA World Endurance Championship at the end of last season. The GT team feel prepared and competitive ahead of the 2018/19 ‘Super Season’ after claiming the fastest lap and a one-two in both the Pro and Am classes by the end of the 30-hour test.

With no wet weather running, Porsche GT Team put their cars and their customer cars through an extensive and comprehensive test the around the 5.861-kilometre circuit, Paul Ricard. The test saw the first official reappearance of Gianmaria Bruni ahead of his full season return to the WEC, where he will take to the cockpit with 2017 runner-up in class Richard Lietz.

“I’m absolutely thrilled to return to the WEC after a year’s break.” Bruni said, after the test. “I feel very comfortable in my team. The entire squad is great. I get on very well with Richard and we enjoy our work. We were able to analyse a lot and work intensively. Now I can hardly wait to travel to Spa to compete.”

Bruni set the fastest time of the test in the LM GTE Pro class, clocking his unrivalled 1:51.332 during the night stages of the test. Together, Lietz and he set 288 laps during the official pre-season test, a total of 1688 km.

“The tests proved very positive.” Lietz explained. “The whole team has familiarised themselves again with the WEC regulations and we’re totally motivated. We’ve perfected all the processes – now the season can start. Working with Gianmaria is fantastic. I’ve known and valued him for a long time. He’s incredibly quick. I’d definitely prefer to race with him in a car than against him.”

Kevin Estre in the #92 secured Porsche a one-two finish in the Pro class, half a second off the time set by Bruni. The nature of the racetrack in the South of France plays perfectly into the hands of set up work. Porsche, along with other teams, used this to their advantage to trial and error different car set ups ahead of the first race, 6 Hours of Spa-Francorchamps and the prestigious 24 Hours of Le Mans, who’s first edition on the ‘Super Season’ calendar occurs in June.

Michael Christensen, Estre’s team mate, reflected on the Paul Ricard test: “We had a lot planned for these two days and we managed to tick everything off our list. The car ran very well, the tyres worked and the weather played along, as well. I’m satisfied because everything ran smoothly and now I’m looking forward to the first race.”

“I got a lot of track time and we collected a great deal of information.” Estre added. “The tests were good and it’s always fun to work with my crew and my teammate Michael Christensen. The new asphalt on the track provides plenty of grip, but it causes a lot of tyre wear, especially in the long right-hander.”

Both works cars made it throught the 30-hours without a hiccup, meaning that their track time was uninterrupted. This gave Porsche the maximum time to extract as much data from the cars as possible ahead of the long 15-month season.

As well as being the car to beat in Pro, Porsche’s customer teams showed the competitiveness of the car as #88 Dempsey-Proton Racing and the #86 Gulf Racing took another LM GTE one-two for the manufacturer. The new Project 1 entry also made a strong impression on the field during their first WEC-official endurance test. Porsche appear to have developed their 911 RSR over the winter break and made positive steps forwards, already stating themselves to be ones to watch in the upcoming season.

Summing up the test, Dr Frank-Steffen Walliser, Vice President Motorsport and GT Cars, said: “The focus of the WEC Prologue was very clearly on our customer teams, who brought four new cars to the start. It was all about familiarising themselves with the new car and adapting the driving styles. The feedback from drivers and teams has been outstanding. They all managed to complete the test without problems and gain important insights.

“Overall, the performance is difficult to assess. But the most important feedback is that everything feels good and the drivers have a great deal of confidence in the car. And this is always an indication of good lap times. In the Pro category the focus was on trying out the various suspension setups and evaluating the tyres. That, too, ran perfectly.

“We were able to complete our test programme as planned and we’re feeling very confident for both categories as we look ahead to the first race in Spa.”

“It was a perfect test for Porsche.” Pascal Zurlinden, Director GT Factory Motorsports, added. “We simulated an entire race weekend and completed the final preparations for our start in Spa.

“We were able to test different setups and trial all available tyre modifications. Everything went without the slightest hitch. The customer teams also undertook a similar programme. We’re ready and eager for the Super Season to begin.”