Tom Wrigley looking to iron out mistakes from Brands Hatch 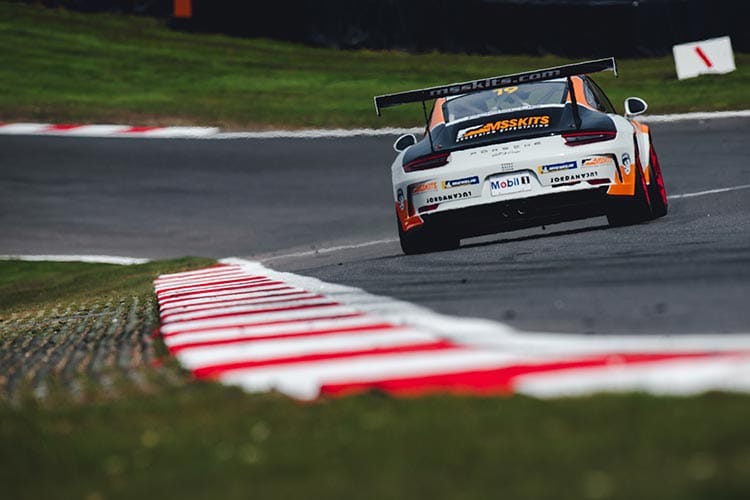 Tom Wrigley took a sixth and fifth place finish in the opening weekend of the 2018 Porsche Carrera Cup GB series as it headed to Brands Hatch.

Lining up in sixth place on the grid Wrigley battled throughout the opening race with a four car train and the challenging weather conditions.

An impressive move through Paddock Hill bend saw him climb to fourth place in the closing stages of the race, unfortunately a lock up two corners later saw him drop down to eighth, before recovering to his final position of sixth.

“I didn’t drive as well as I could in qualifying which was frustrating as it left us with some work to do in the races, but I felt we were strong on Sunday.

“I was quick in race one and right in the mix for the podium, but sadly one small mistake would cost me dearly.”

The second race saw a close battle between seven cars at one point, and while there wasn’t much progression for Wrigley, he did manage to take a solid fifth place finish before the race was cut short by stricken cars on track following an accident.

“We had good pace in the second race as well and the car was coming on strongly as the race progressed, so it was a shame we didn’t get to capitalise on it with the racing getting cut short.

“There’s plenty of positives to take from the weekend though heading into Donington Park.”

“It was a great first weekend with MSS KITS in the Porsche Carrera Cup Great Britain. The car looked fantastic and certainly drew plenty of attention, while it was great to get the opportunity to interact with the fans.”