Bottas Puncture Debris May Have Come from Magnussen/Gasly Clash – Whiting 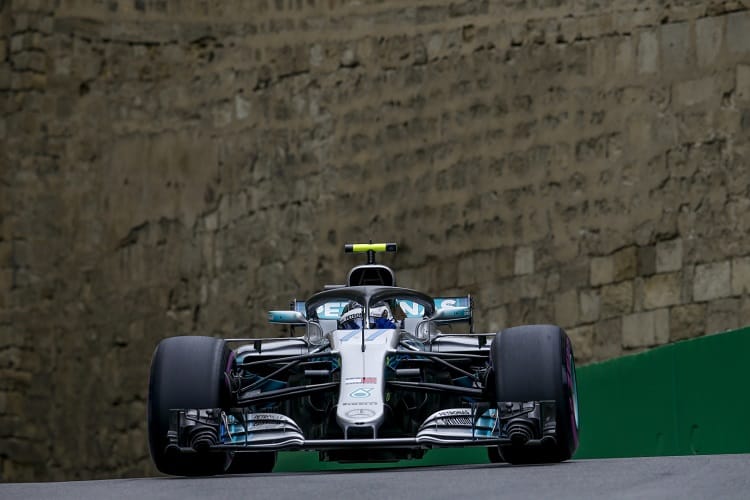 FIA race director Charlie Whiting believes the debris that caused Valtteri Bottas’ late race puncture could have been caused by the collision between Kevin Magnussen and Pierre Gasly and was unlikely to have been left on track during the safety car period.

Bottas suffered a race-ending puncture whilst leading the Azerbaijan Grand Prix on Sunday having run across a large piece of debris that was on the circuit approaching the pit lane, gifting the lead to Mercedes AMG Petronas Motorsport team-mate Lewis Hamilton.

Whiting says there was no reports of debris at that point of the circuit when the order was given to bring the safety car back into the pit lane, and he feels the clash on the restart between Magnussen and Gasly could have left the debris on circuit

“We didn’t get any reports of debris,” Whiting is quoted as saying by Motorsport.com. “For the whole race the marshals have been remarkable, they really were very good on reporting debris.

“It probably happened between [Pierre] Gasly and [Kevin] Magnussen, the incident they had, but we didn’t have any reports of debris there.  Of course we always try to keep the track clear of debris, but it’s a little difficult to clean up if you don’t know about it.

“We had been having continual reports of debris throughout the whole race and we were dealing with it, and I felt we had dealt with every bit of debris on track.

“When the race restarted, we were pretty confident that everything was clear on the track.  I’m perfectly at ease with the decisions that were made around that safety car intervention.”