The third round of the 2018 FIA World Rallycross Championship gets underway on Saturday at the Circuit Jules Tacheny Mettet. Today saw the Q1 Grid draw for the 2018 World RX of Belgium announced.

Sixteen drivers have been entered for this weekend’s World RX round with former WRC driver Francois Duval making his now regular appearance at his home World RX event. The Belgian will drive an ex-EKSRX Audi S1 Quattro run by Comtoyou Racing.

The Belgian team have a lot of experience with Touring Cars competition and Sportcar racing but this will be their first time in Rallycross competition. The team have already tested the car during the off season at the Mettet circuit.

Here are the Q1 Grids: 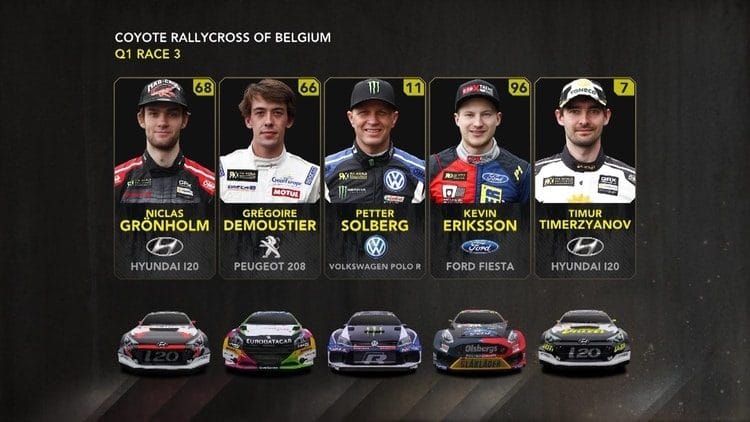 Qualifying One gets underway at 2.15pm local time (3.15pm British Summer Time) where the sixteen drivers will all be looking to set a good benchmark time to help them close in on a potential Semi-Final place on Sunday afternoon.