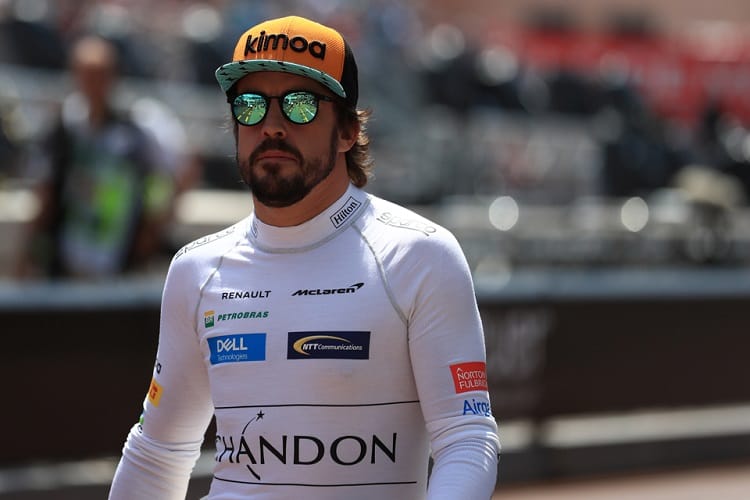 Fernando Alonso admits there is disappointment that Aston Martin Red Bull Racing were able to take a dominant pole position for the Monaco Grand Prix whereas the McLaren F1 Team, racing with the same Renault Sport engine were left to fight just to make it into the top ten.

Daniel Ricciardo secured top spot with a record breaking lap of 1:10.810s on Saturday afternoon in the principality, while Alonso could only qualify seventh, 1.300 seconds behind the Australian, and the Spaniard insists McLaren should be running at a similar level of performance particularly as they run with the same power unit.

“[I am] disappointed in a way because we have the same power unit and we should be at that level,” Alonso is quoted as saying by Motorsport.com.  “But at the same time we knew from very early in the year that we are not yet at that level – but we will try to be as soon as possible.

“We knew more or less that the Red Bull was quite strong here, and favourites in a way.  Also for Mercedes and Ferrari, Red Bull was the team to beat here. It was not a surprise.”

Alonso says McLaren has been identifying the areas where they need to improve but steps are already underway to ensure the gap to those at the front of the field reduces.

“Obviously we’ve been chasing that pace all year long,” said the Spaniard.  “We identified, we know which areas we need to work to be on that pace.

“I think the last sector in Barcelona we realised that Monaco would be quite strong for Red Bull, and we are not on that pace yet.”