Bottas Aiming for Strong Points Finish, Admits he has “Some Catching Up to do” in Championship 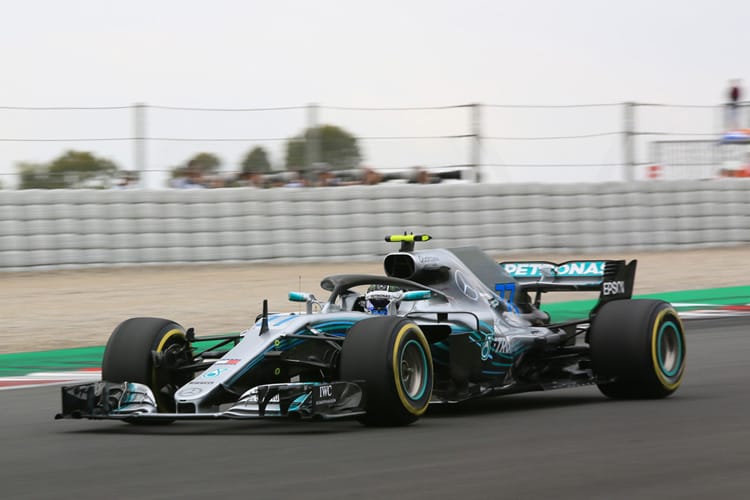 Valtteri Bottas is already turning his attention to the points deficit between himself and team-mate Lewis Hamilton, with the Finn hoping to close the gap in Sunday’s Spanish Grand Prix.

Bottas is fourth in the Driver’s Championship on forty points, some thirty points behind team-mate (and current leader) Hamilton. Whilst Bottas has had mixed results (one eighth place and two seconds before the last race) this gap could have been two points in Bottas’ favour, were it not for the late puncture he suffered in the Azerbaijan Grand Prix which saw him not only retire, but hand victory to Hamilton.

Heading into qualifying Bottas was looking to close the gap and take his fifth career pole position, but lost out by the smallest of margins – setting a time 0.040s slower than the Brit’s, and having to settle for second on the grid.

Commenting on his performance in qualifying Bottas said he felt good in the car, and that his focus was on getting the maximum possible from the race.

“Qualifying was good for me but not quite perfect – and it ended up very close on the final times,” said Bottas.  “But for us as a team this is a perfect result with two cars on the front row.

“I had a mistake on the first run in Q3, which meant I only had one proper shot at it – that was a good run and, of course, if you do the laps again then you can always find something more.

“It was good to work the SuperSoft tyre a bit better today, it felt like a better tyre for us so we have made some good progress in that area.

“I am feeling really good in the car at the moment and, looking to tomorrow, I think we will be strong on race pace. I have some catching up to do overall in terms of the points, so I will be aiming to do as well as I can.“

By Paul Hensby
1 Mins read
Williams are putting the majority of their focus and resources into their 2022 car and won’t sacrifice its development by putting too much effort into updating its FW43B this year.
FeaturesFormula 1

By Jasmine Butler
7 Mins read
The 2021 FIA Formula 1 World Championship started with a cracker in Bahrain, but did everyone live up to expectations?