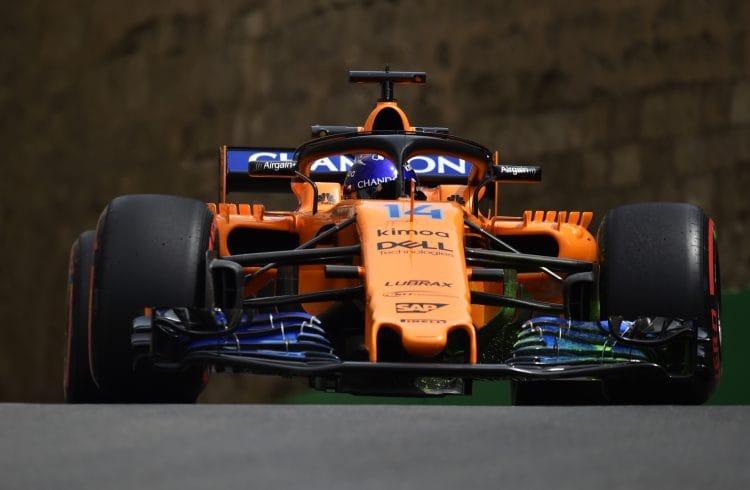 The McLaren F1 Team will bring a large upgrade package to this weekend’s Formula 1 Spanish Grand Prix, which team boss Eric Boullier hopes will ‘address the challenges’ faced by the squad.

McLaren has scored points in every race thus far in the 2018 season, and currently sit in fourth place in the constructor standings, but the car is reported to be ‘draggy’ and is underdeveloped.

Boullier recently admitted that the MCL33 was effectively similar to the ’17 MCL32, and the fully optimised new car would not be seen until Spain.

“Like most teams, we’re planning to bring some new parts to the car to test on Friday and decide which of these to take forward into the rest of the weekend and coming races,” Boullier said.

“We’re taking each grand prix weekend step-by-step, and hope we can begin to address the challenges we know we face with our package.

“While for logistical reasons Barcelona was the most logical time to implement these, it is part of a season-long plan to develop the car as we always do until the last race.”

Support for Alonso ‘Nothing short of spectacular’

Even though McLaren and Alonso have struggled in recent times, Boullier is confident that the ‘enthusiasm’ of the home fans will help inspire the team.

“For us, this being Fernando’s home race, the support we receive is nothing short of spectacular, and the fans always bring another level of enthusiasm,” said Boullier.

“The whole team is looking forward to heading back to Barcelona. It is a great circuit – one of the classics on the calendar – and it always feels good to start the second chapter of the season as we start racing again in Europe.

“We are all gunning for a positive weekend in front of Fernando’s home crowd.”