Mercedes’ Andrew Shovlin: “It’s Going to be a Very Difficult Race to Win” 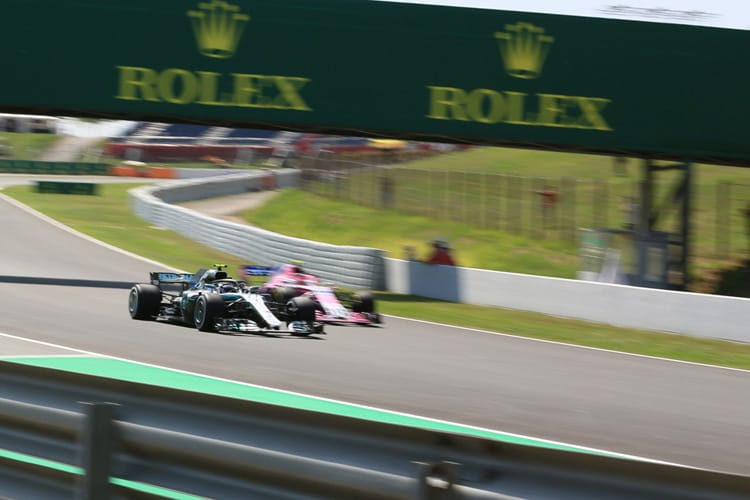 Overnight rain, cold conditions and a range of strategies are all reasons Mercedes AMG Petronas Motorsport‘s Andrew Shovlin thinks the Spanish Grand Prix will be difficult to win.

The Circuit de Barcelona-Catalunya isn’t one that the team usually struggles at, with Mercedes having won three of the last four Spanish Grand Prix – only missing out on the 2016 race, when then-drivers Lewis Hamilton and Nico Rosberg ended each others’ races on the first lap.

This run of good form at the track continued into qualifying, with the team securing their first front-row lockout of the year – fresh from their first win of the year last time out at the Azerbaijan Grand Prix. Despite this uptick in form, and strong qualifying performance in tough conditions, Shovlin says a win won’t come easily for any team.

“We saw great laps from both of our drivers today and it’s very satisfying for the whole team to secure our first front row of the year,” said Shovlin.  “We had expected conditions to cool today but hadn’t expected the track to get quite as cold as it did. The car was working nicely during the final practice session and the drivers were able to evaluate the overnight changes and get a feel for the car on low fuel.

“By qualifying, the temperatures were not dissimilar to those from the final winter test and getting the most out of the rubber was not easy. We’d planned to try and get through Q2 on the soft tyre but it seemed like the entire top ten had the same idea. In these conditions, it was really hard to work out which was the faster tyre. We had the option of going on SuperSoft or Soft tyres for the final run but decided to stick with the Super as we had a good balance in the first session and it seemed a little easier to extract the grip on that compound.

“The final moments of qualifying were fairly intense as we waited to see whether Riccardo or the pair of Ferraris could improve on their time. It’s useful to start this race with both cars on the front row as it’s a very long run down to Turn One.

“We’re expecting some overnight rain, which will cause the track to reset, together with cooler conditions than those we experienced on Friday. It’s going to be a very difficult race to win tomorrow, given the range of strategies that could come into play, but we have had a good car in all the races this year and will be doing everything we can to turn the front row into a double podium.”