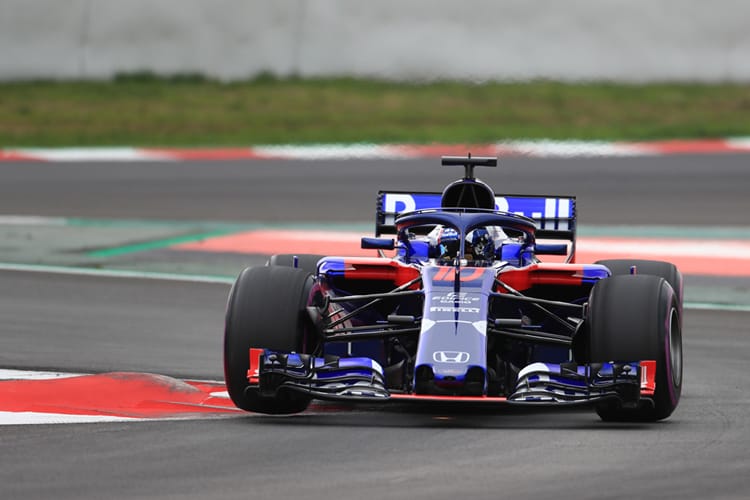 Pierre Gasly believes he’s “probably driven the equivalent of several times around the world” around the Circuit de Barcelona-Catalunya, and is feeling confident ahead of this weekend’s Spanish Grand Prix.

The circuit is used across many different racing series and testing sessions, with Formula 1 having already held two weeks of testing there this year. Gasly himself has taken to the track for several disciplines, and even won the 2013 Eurocup Formula Renault 2.0 Championship there. This, he says, gives him both good knowledge of the track and great memories ahead of the race.

“I reckon I’ve done thousands of laps of Barcelona, because it’s the circuit which we have always used the most for testing, in 2.0 litre, 3.5, GP2 before even coming to Formula 1 and over the year, work in the simulator has always focused on Barcelona,” said Gasly.

“So I’ve probably driven the equivalent of several times around the world at this track. Apart from knowing it well, it brings back happy memories, as it’s where I clinched the championship title in Renault 2.0 litre and it’s where I first tested a Formula 1 car with Toro Rosso in 2015, so I get a positive feeling in Barcelona.

“This year, our winter testing went well there, so I’m impatient to get going and I hope we will be on the pace very quickly and be able to score some points. The usual cliché about the Catalunya track is that, if your car works well here, it works well everywhere…maybe, but this track has certainly a character all of its own.”

Speaking on where he thinks will be important during the weekend, Gasly said he felt qualifying was the most important aspect, as overtaking can be difficult.

“Qualifying is the key, as we know it’s complicated trying to overtake in the race, other than by playing with the strategy,” said the Frenchman.  “F1 qualifying is always a difficult discipline with the way it’s run in different segments, as you generally only get two shots at it.

“And if you encounter any problems, like traffic, then you’re down to just one chance to deliver and that’s an exciting moment because you know you have to nail it. I like that aspect of it.”

By Nick Golding
1 Mins read
Mclaren F1 Team are looking for another strong performance at this weekends Emilia Romagna Grand Prix as they look to cement their place as the third best team.
Formula 1

By Nick Golding
2 Mins read
Daniel Ricciardo is looking to repeat history at the Emilia Romagna Grand Prix this weekend, at a circuit where Lando Norris believes track position is everything.
Formula 1

"Formula 1 is a very difficult sport, but we knew the challenge" - Guenther Steiner

By Fergus Mckie
3 Mins read
Guenther Steiner is looking forward to returning to Imola with the data they collected on their previous visit in 2020.