Renault’s Cyril Abiteboul: “Naturally we will be targeting double points at every race” 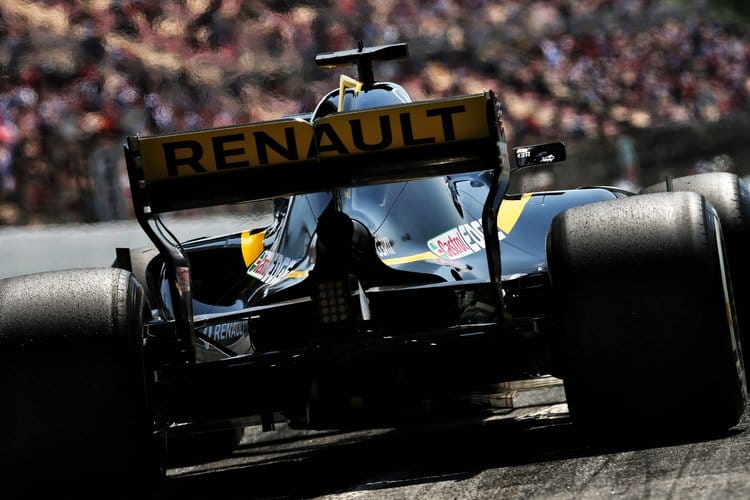 Cyril Abiteboul is targeting double points finishes from now on after a strong start to the season for his Renault Sport Formula One Team.

Carlos Sainz Jr’s seventh place finish at the Spanish Grand Prix moved Renault ahead of McLaren F1 Team and into fourth place in the constructors’ standings, but team-mate Nico Hülkenberg was eliminated in a first lap crash instigated by Romain Grosjean.

“One positive after the Spanish Grand Prix is moving into fourth place in the Constructors’ Championship,” said Abiteboul.  “It is the first time we’ve been in this position since our Formula 1 return and, while it’s very early in the season, it shows we are getting stronger, which gives us motivation for the rest of the season.

“Overall Spain was a challenging weekend and we did a good job of recovering from a difficult Friday to a positive points haul on Sunday, courtesy of Carlos’ seventh place.

“We have some learnings to take away, such as starting the whole event stronger, and making sure reliability is absolutely impeccable – we can’t afford to lose any points in the close fight in the championship.”

Monaco is one of the toughest race weekends for drivers and Abiteboul is aware that it is a track where the driver can make all the difference.

“Now we head to Monaco, one of the busiest weekends of the season,” said the Managing Director of the Enstone-based team.  “From a racing point of view, we know what to expect.

“Monaco is very much a drivers’ circuit and the speed combined with the excellent working relationship between our driver pairing and the engineering department is definitely a strong asset in this regard.  Naturally we will be targeting double points at every race from now on.”