Williams’ Paddy Lowe: “I think there were many more points possible for us” 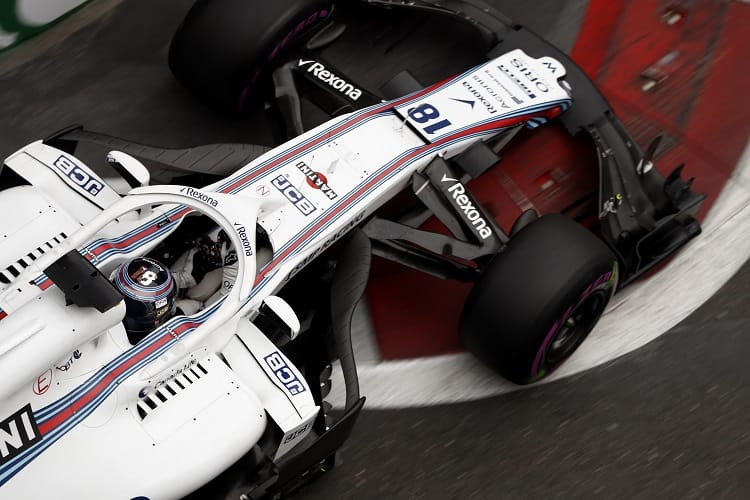 Williams Martini Racing may have secured their first points of the season last weekend in the Azerbaijan Grand Prix, but Paddy Lowe feels there was more points available to them than the four Lance Stroll scored for finishing eighth.

It was definitely a race of mixed emotions for the Grove-based team’s technical director as Lowe watched Sergey Sirotkin be eliminated from the race around the Baku Street Circuit on the opening lap following contact with both Fernando Alonso and Nico Hülkenberg on the back straight, with the Russian suffering suspension damage in the incident.

However, despite Stroll driving superbly in Baku for a second consecutive season and staying out of trouble to finish eighth, Lowe feels the team should have taken more points away from Azerbaijan than they did, especially after the two drivers started tenth and eleventh and with favourable starting tyres.

“Firstly, it was very disappointing to lose Sergey at the start after a coming together with Alonso and Hülkenberg put an early finish to his race,” said Lowe.  “As usual, we had a highly eventful afternoon with lots of incidents right to the very end, so it was great to get eighth position with Lance.

“I’m happy in one way but disappointed in another, because I think there were many more points possible for us today. Even so, it was a great drive by Lance, all weekend in fact. He kept the car in one piece which is actually one of the key things at this circuit.

“It is great to get our first points on the board this season and we need to keep this momentum going.”