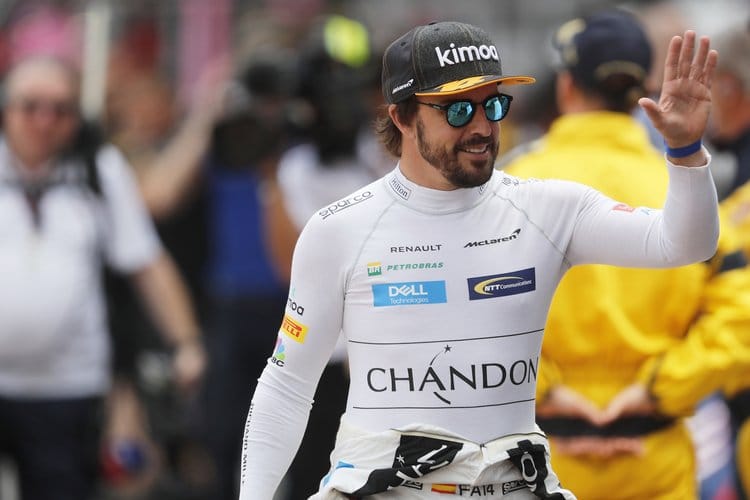 Fernando Alonso will celebrate his three-hundredth grand prix at the 2018 Canadian Grand Prix, but knows the Circuit Gilles Villeneuve will be a tough challenge for the McLaren F1 Team.

Alonso’s points-scoring run came to a grinding halt last time out in Monaco, just as his MCL33 stopped with gearbox failure. Now, Alonso looks to add to his points tally at the challenging Montreal circuit.

“After a disappointing race in Monaco, I’m already looking forward to heading to Canada,” says Alonso. “It’s a great track and a real test for the driver and the car. It’s claimed many top drivers in the ‘Wall of Champions’ and the Safety Car often plays a role in the outcome of the race.

“I’ve always enjoyed racing in Montreal. It has the best combination of a great track, challenging street circuit characteristics, and it’s a fun city to visit.

“I’ve enjoyed some great races in Canada and I won there in 2006, so it’s a special place for me. Even more so this weekend, when I’ll be celebrating my 300th grand prix.”

As Alonso and McLaren continue to make the most of the team’s new partnership with Renault, the Spaniard is banking on some typical Canada drama to maximise his result.

“This will certainly be a tough circuit for us, but we’re making progress with our package race-by-race.

“A little bit of the drama or changeable weather conditions we’ve seen in Canada so many times in the past could offer us some opportunities – it’s up to us to take advantage of every possibility.”

"Barcelona has traditionally been a two-stopper" - Pirelli's Mario Isola

By Nick Golding
1 Mins read
Pirelli’s Motorsport Director Mario Isola, is interested to see if a one-stop will be possible on the new tyres at this weekend’s Spanish Grand Prix, with the race usually consisting of two-stops each.
Formula 1Formula E

By Nick Golding
1 Mins read
Nyck de Vries will be taking Alex Albon’s spot at Williams for FP1 this weekend, as the Dutchman prepares for his duties at the Spanish Grand Prix.
Formula 1

By Nick Golding
1 Mins read
Nyck de Vries will step-in for Alex Albon during FP1 this weekend in Spain, as Williams’ Head of Vehicle Performance Dave Robson highlights the strengths of having De Vries in the car.