Eriksson happy with step forward at 2018 World RX of Norway

Kevin Eriksson is in his third season of World RX and is enjoying the challenge of driving for his father’s team Olsbergs MSE as they develop the new Ford Fiesta ST during the 2018 FIA World Rallycross Championship.

Both Eriksson and team-mate Robin Larsson have had their share of bad luck this season however the 2018 World RX of Norway was a turning point for the team with both cars making the Semi-Finals.

Come Sunday and the Swedish driver maintained his pace to end up eighth overall and in Semi-Final One, however his race weekend ended with fifth place and missing out on the Supercar Final. However Eriksson is positive about the step made.

“The car took a big step forward in Norway, which shows all the hard work we are putting in is beginning to pay off,” said Eriksson

“The package is coming together and this puts us in a promising position for Höljes, where the Fiesta should be very strong.” 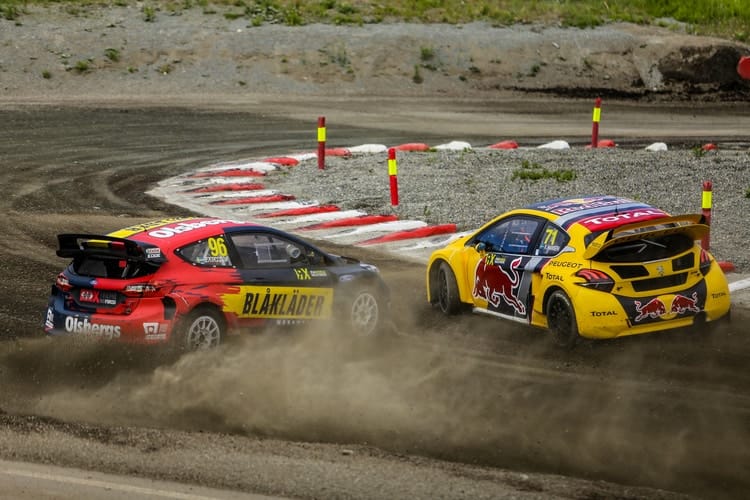 Eriksson is excited to see how the new step Fiesta will work on home turf at Holjes. Credit: Olsbergs MSE.

After both Olsbergs MSE cars made it to the Semi-Finals in Norway, the 2016 World RX of Germany winner is looking forward to another positive performance at the next round of the 2018 FIA World Rallycross Championship.

The 2018 World RX of Sweden is the home round for Eriksson, team-mate Robin Larsson and his fathers team. Eriksson is hopeful that local support will spur them on to another Semi-Final placing at Holjes.

“The loud home support alone will be worth those precious few tenths and I go there with a clear target to reach the final… from there anything is possible!”