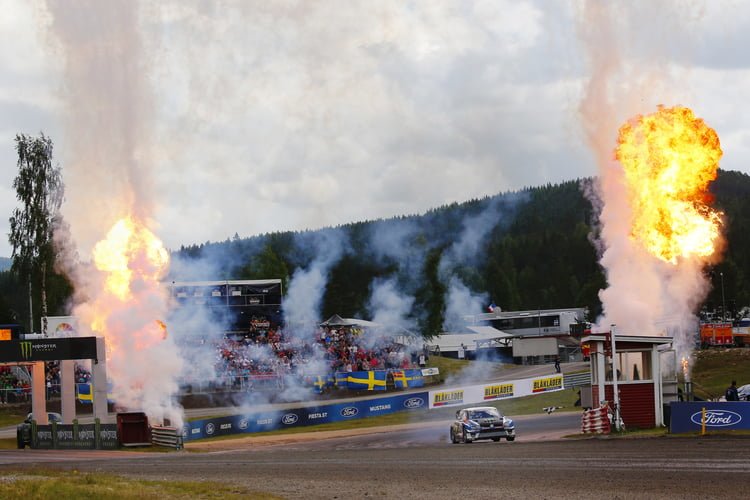 The FIA World Rallycross Championship heads to Holjes in Sweden this weekend for the sixth round of the season.

Last time out in Hell, Norway, Johan Kristoffersson took another dominant win to extend his lead in the championship standings. He shared the podium with Mattias Ekstrom and Petter Solberg, while one of the home favourites, Andreas Bakkerud, had race ruining contact with Timmy Hansen at the first corner.

This weekend in Holjes is a home race for several drivers, including Timmy and Kevin Hansen, Ekstrom and Kristoffersson. The 1.19km circuit has played host to some memorable races over the years, notably when Timmy Hansen made a forceful overtake up the inside of Ekstrom on the last corner to take the win, only for it later to be deemed illegal by the stewards.

Last year’s race was a lights to flag victory for Kristoffersson, and he was joined on the podium by Bakkerud and Sébastien Loeb. The win was his second in his impressive run of five victories in five races that saw him take his maiden World RX championship.

The Supercar class will field a line-up of seventeen drivers weekend, with Great Britain’s Oliver Bennett joining for another round. The event will also play host to the FIA European Rallycross Championship, where Renis Nitiss will be looking to extend his lead over second placed Anton Marklund.

The weekend will also involve the fourth round of the RX2 International Series. There have been three different winners in the three events so far this season, but consistency from Oliver Eriksson means he sits nine points clear of Sondre Evjen at the top of the table.