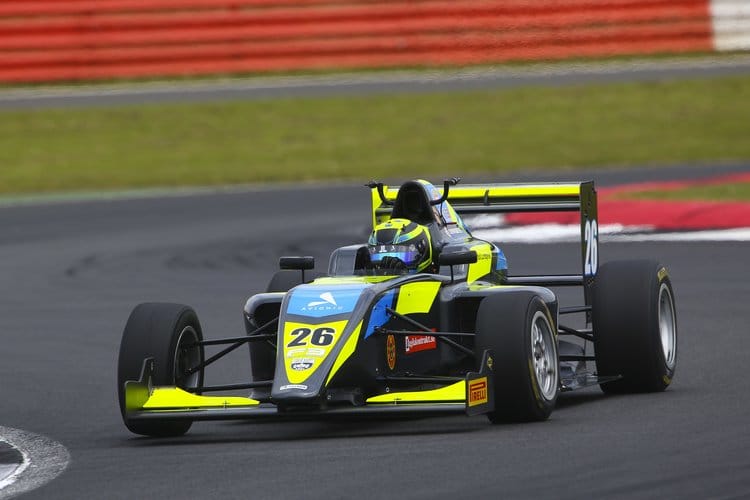 Linus Lundqvist was, for the second time in two weeks, the man to beat during the BRDC British F3 Championship Friday testing. The Swede was noticeably optimistic as he goes into the weekend 30 points ahead of his nearest rival.

With track time being shared amongst the multiple series racing this weekend (as well as a few guest cars) the F3’s would only get two 40-min long sessions to prove their worth.

As the sun beat down on the Silverstone circuit, Lundqvist was quick to show his hand, building up a gap of over half a second to his rivals in the first session. Jamie Chadwick would bring the margin down to 0.395 seconds, but it was the Double R Racing driver still on top by lunch.

Unlike the temperatures, times would only drop in the afternoon with Lundqvist again pulling away at the front, eventually setting a personal best of 1min 56.641. The only other driver to drop below the 1min 57 barrier all day was Jordan Cane. Ever the one lap specialist, Cane will be hoping to replicate his testing pace this weekend.

It was a strong day all round for the Douglas Motorsport crew as Chadwick was fourth quickest overall despite failing to improve her time in the afternoon. She had been beaten to third though by Josuf Owega. The German picked up a sixth place finish at Snetterton in what was only his second weekend in single-seaters and will be hoping for greater success at the home of British motorsport.

The Fortec Motorsport team locked out the front row in last years reverse race and their hunt for further trophies at Silverstone could yield strong results this weekend with Tristan Charpentier leading Tom Gamble to fifth in the overall times. The latter will need a solid weekend if he is to remain in championship contention. 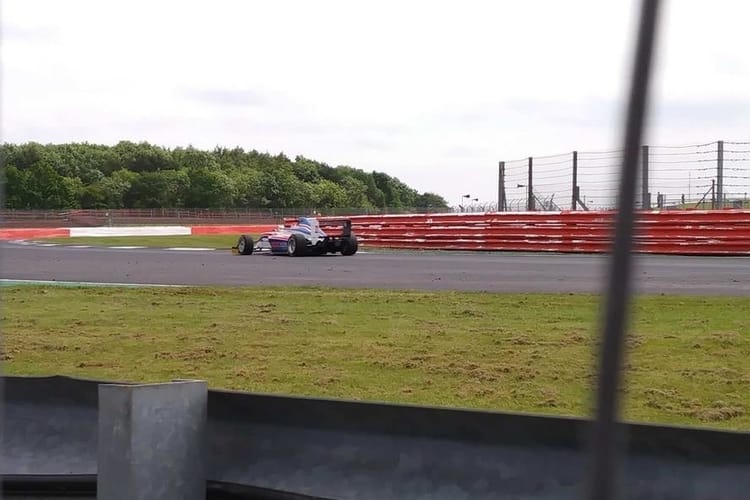 Tom Gamble will need a strong result to get back into championship contention this weekend (Credit: Connor Jackson)

Talking of the championship, other than Lundqvist, it was a quiet day for the other two challengers as Kush Maini ended the day in eighth, behind podium finisher Sasakorn Chaimongkol, and Nicolai Kjaergaard only eleventh.

Maini will once again be on his own this weekend with Joshua Mason not present, while Harry Webb is once again without a drive with CDR not present today. One man who was present though was Clement Novalak. Fresh from his Monaco appearance in the Formula Renault, he rejoins Carlin.

It was a poor day in terms of one lap pace for all the Carlin’s as Novalak was only twelfth as Billy Monger and Sun Yue Yang took 14th and 16th respectively. As per usual though Friday may not be as representative as qualifying.

Manuel Maldonado and Pavan Ravishankar rounded out the top ten.

By Michael Callander
1 Mins read
Mexican racer Sebastian Alvarez returns to racing after taking a year out due to COVID-19 pandemic.
British F3

By Michael Callander
2 Mins read
Reema Juffali has graduated to BRDC British F3, and will compete with Douglas Motorsport in 2021.