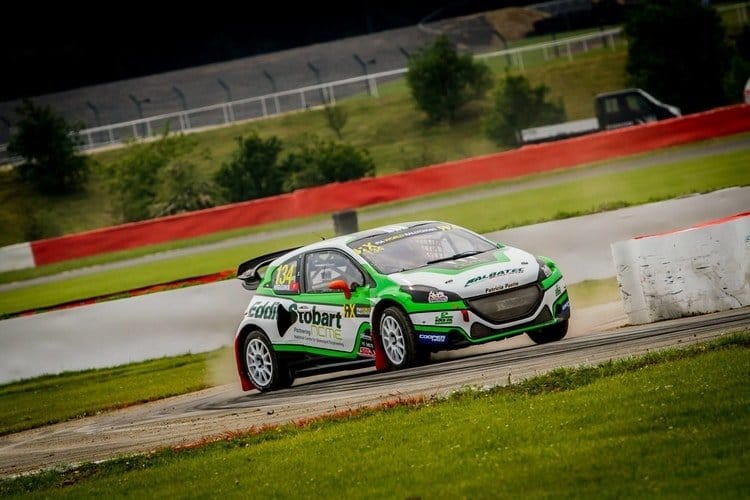 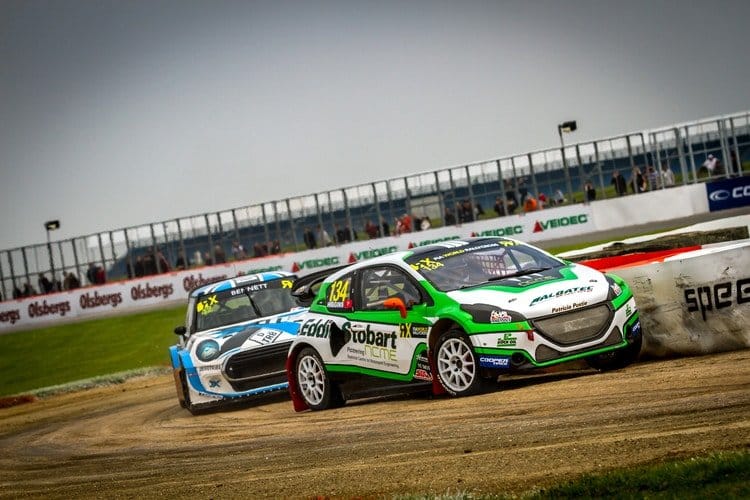 This didn’t dampen the spirits of the Manxman though as he prepared for the final Qualifying sessions on Sunday.

“It’s been an amazing weekend.  I think we put on a good show, but we had one bad heat which seriously comprised our results. Without that I’m confident we could have been in the top ten and through to the semi-finals, which was our target,” explained Higgins.

Sunday was a better day for the Albatec Racing driver as he would go on to win both of his Q3 and Q4 races. However as the track dried out from overnight rain, it got quicker and quicker with each Qualifying race. This meant that Higgins would miss out on the Semi-Finals and go on to finish in sixteenth place overall in the 2018 World RX of Great Britain.

Higgins won both of his qualifying races on Sunday at the 2018 World RX of Great Britain. Credit: Albatec Racing / McKlein

“For our first appearance in World RX, it’s been a great experience; for me, for Albatec Racing and for the whole Eddie Stobart and NCME partnership,” said Higgins.

“It’s a great sport to be involved in, I really do enjoy working with such a committed team and in this arena it’s a credit to Andy when you think that we were up against all the factory teams with at least ten times our budget. I’m now very hungry for another round if we can get the budget together.”