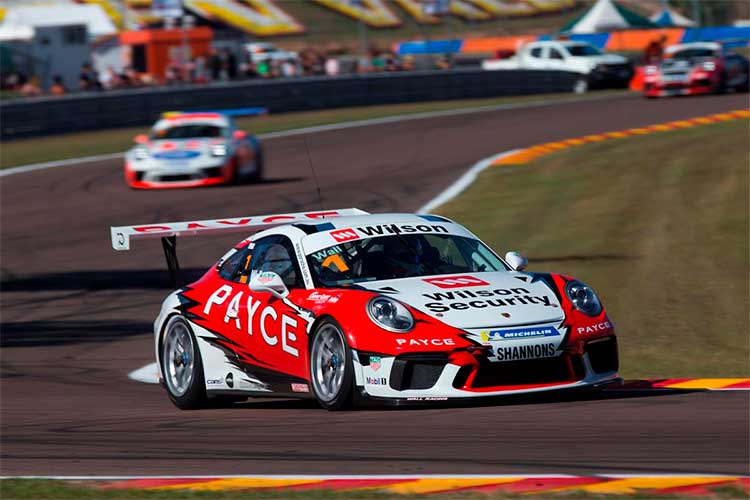 While Wall was dominant throughout the race (including setting the fastest lap), Jaxon Evans kept up the pace at the front as he chased down a potential victory, as the chequered flag fell there was just a one-second gap between the pair.

So far this season Wall has been within the top four positions over the nine races, but the race win is his first since Bathurst last year.

“It’s good to get our first race win in the new car, which is slightly different to set up and drive to the previous version GT3 Cup car. I’m finally getting my head around it a little bit,” said Wall.

“Overall we’ve ticked a lot of boxes and I’m really happy with the weekend so far. Today was good; we’ll now see what tomorrow brings.”

Dylan O’Keeffe battled to the final podium position after a fight with James Moffat. 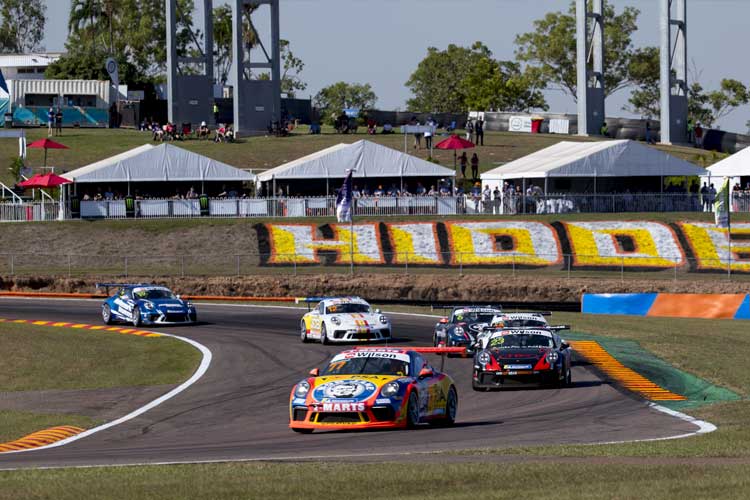 Dale Wood showed promise in the opening stages of the race but fell down the order as the race progressed. Cameron Hill also lost our after qualifying a career best third place, he would drop to sixth place.

Nick McBride would suffer a similar fate, after starting from second place he locked up under braking and would end the race down in seventh place.

Grove held the early advantage in the race but on lap thirteen Flack made a move for the class lead where he would remain to take his maiden victory.

“It’s really the first time this year that we’ve had a good car underneath us. We did some testing a week ago and went through the processes.

“We’ve got our heads around it now and the boys did a great job to get the car to where it is now, which is just a beautiful race car,” said Flack.

“I started racing in Porsches years ago in GTs with my younger brother. It’s just a matter of getting back into it and learning about this car and how it works. I think we’re starting to get there now so hopefully we’ll be a lot more competitive for the rest of the year.”

Grove would have to settle for second place ahead of class points leader Roger Lago who claimed the final class podium.