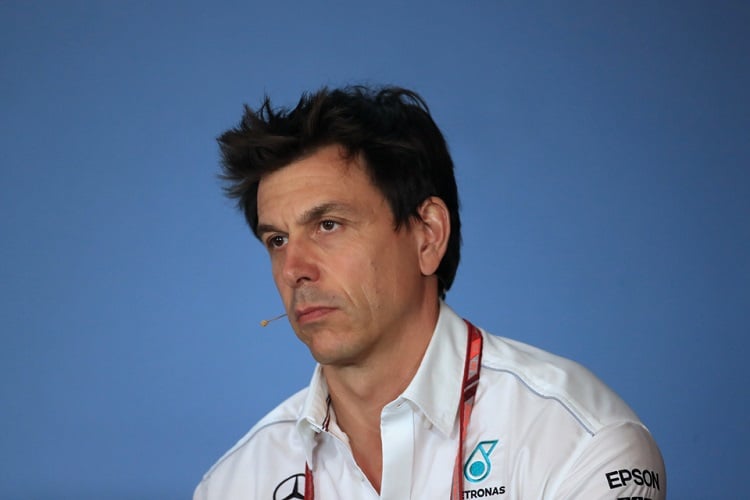 Toto Wolff believes the decision for the Aston Martin Red Bull Racing team to make the switch from Renault to Honda will not have any effect on their competitiveness in 2020 and 2021, and he expects more on-track battles between them and his Mercedes AMG Petronas Motorsport squad.

Red Bull made the recent decision to end their collaboration with Renault after twelve years and will join sister team Red Bull Toro Rosso Honda in running with Honda power from next season, and Wolff feels it will not harm their chances of running at the sharp end of the field and fighting for wins.

Wolff, the Head of Mercedes-Benz Motorsport, says Red Bull moving away from Renault, with who they would never have works status thanks to the presence of the Renault Sport Formula One Team, and they will have more input in the development of the engine with Honda.

“I have no doubt that they will be competitive,” said Wolff to Motorsport.com.  “The collaboration will make another step between Toro Rosso, Honda and Red Bull for next year and with Red Bull’s technical capabilities and resource they will certainly be of great assistance to make the power unit progress.

“This is certainly the right step forward, looking from the outside, for all parties. It was important for Red Bull to have a works status. Long term probably the best chance to win a championship.

“Maybe short term, more work to do. But long term, from where I sit, absolutely the right decision.  I am looking forward to tougher fights and tougher battles with Red Bull-Honda.”

Wolff says the Mercedes-Benz brand benefits when they come out on top in close battles against more teams, with both Red Bull and Scuderia Ferrari currently involved in a three-way tussle in 2018 for victories.

“For us, as Mercedes, it is extremely important that we have top brands in Formula 1, be it OEMs that have joined the sport as engine suppliers or be it multinational and global brands such as Red Bull,” said Wolff.