Drama at the 24 Hours of Spa Halfway Point 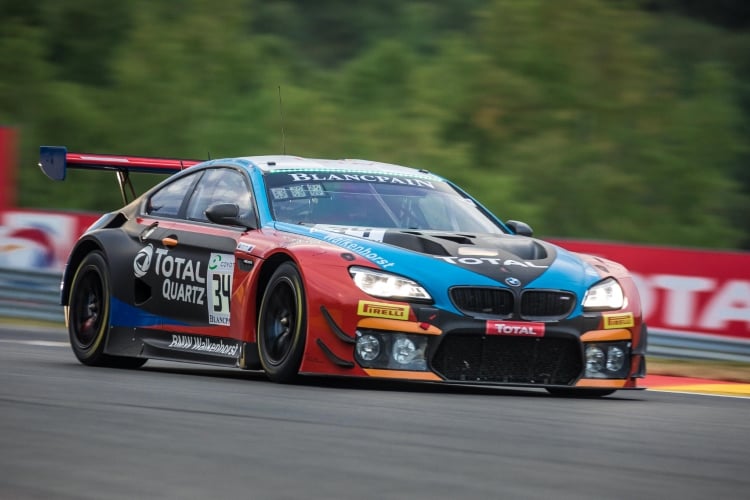 At the halfway point of the Total 24 Hours of Spa, the #34 Walkenhorst Motorsport BMW held a slender lead over the #4 Mercedes-AMG Team Black Falcon car.  Just before the 11-hour mark, the race was red-flagged following an incident involving the #666 Attempto Racing Lamborghini and the #31 Team Parker Racing Bentley.

Some frontrunners suffered problems during the second quarter of the race, with the #8 Bentley having steering problems, the #98 Rowe Racing BMW having alternator issues and the #62 R-Motorsport Aston Martin needing a brake change. Just after one o’clock on Sunday morning the #114 Emil Frey Lexus had hard contact with the tyre barriers at Eau Rouge, with Stéphane Ortelli at the wheel. The Monegasque driver was taken to hospital for medical check-ups.

With just over thirteen hours gone the incident involving the #666 Attempto Lamborghini and the #31 Team Parker Racing Bentley happened at the Raidillon corner. To give the medical crews and track marshalls the opportunity to attend to the incident, the race was red-flagged. Drivers Jürgen Krebs and Andy Meyrick were conscious when taken out of their cars and taken to the medical centre. After a delay of one hour, the race was restarted.

In the Silver Cup, the lead was still the subject of a duel between the #12 Ombra Racing Lamborghini and the #78 Barwell Motorsport Lamborghini, while the lead in Pro Am Cup was still firmly in the hands of the #42 Strakka Racing Mercedes-AMG.

The #77 Barwell Motorsport Lamborghini continued to lead the Am Cup, but the #188 Garage 59 McLaren, the class winner of the previous two rounds of the Blancpain GT Series Endurance Cup, had clawed its way back to second. Due to severe technical issues to the SpeedLover Porsche, the Groupe National lead remained in the hands of the GDL Racing Lamborghini.