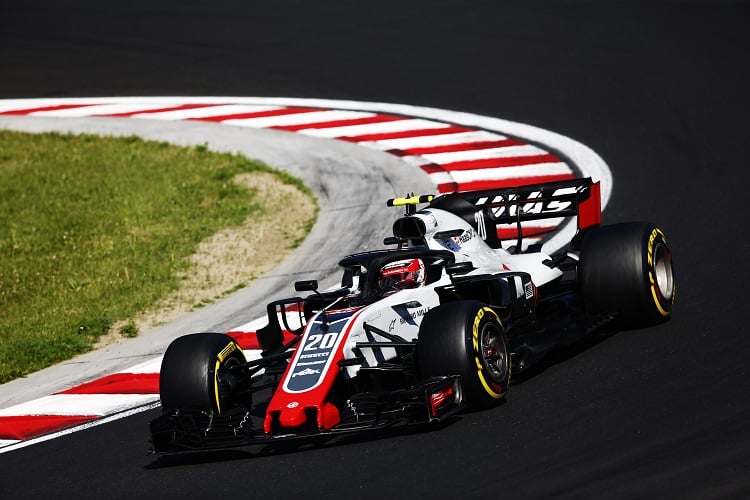 Kevin Magnussen was pleased to end the final race before the summer break with another top ten finish, as he claimed seventh place in the Hungarian Grand Prix on Sunday.

The Haas F1 Team racer secured six more points after his seventh top ten finish in the opening twelve races of 2018, meaning he heads into the break sitting eighth in the Drivers’ Championship, just seven points behind Nico Hülkenberg, who failed to break into the top ten at the Hungaroring.

“I was quite happy today,” said Magnussen.  “[I] had a good first lap, gained some positions, and took it home from there.

“Not a very eventful race, except for the first lap, but that’s fine for us. We scored a double-points finish for the team and that’s a good way to go on holiday.”

Team principal Guenther Steiner was pleased to see both Magnussen and team-mate Romain Grosjean claim points in Hungary, which ensured they head into the summer break sitting fifth in the Constructors’ Championship, and closer to the Renault Sport Formula One Team.

“Two cars in the points – good end to the first half of the season and for everyone to go into the summer break,” said Steiner.  “Closing in on our opponents and moving away from the others is fantastic.

“Everyone can relax a little bit, come back stronger and try to get more points after the summer break.”

The Haas team will now pack up and head home having already opted to skip this week’s two-day test at the Hungaroring, meaning the next track action for the team will be in free practice for the Belgian Grand Prix at the end of August.