Tom Sharp finished the British Grand Prix weekend in thirteenth place after a highly competitive race that saw him push for the top ten.

After struggling in practice Sharp made progress during qualifying to take eighteenth position in the field of thirty two competitors.

“We didn’t start the meeting where we wanted to be in practice, but we made some progress for qualifying and then made a big step in the right direction for the race, so it’s good to end the weekend on a positive note.” said Sharp.

On race day Sharp managed to keep out of trouble during the chaotic opening lap, moving up two places to sixteenth.

A move at Brooklands on lap seven would move the Brit up to fifteenth place, before moving up to thirteenth due to an incident ahead of him. 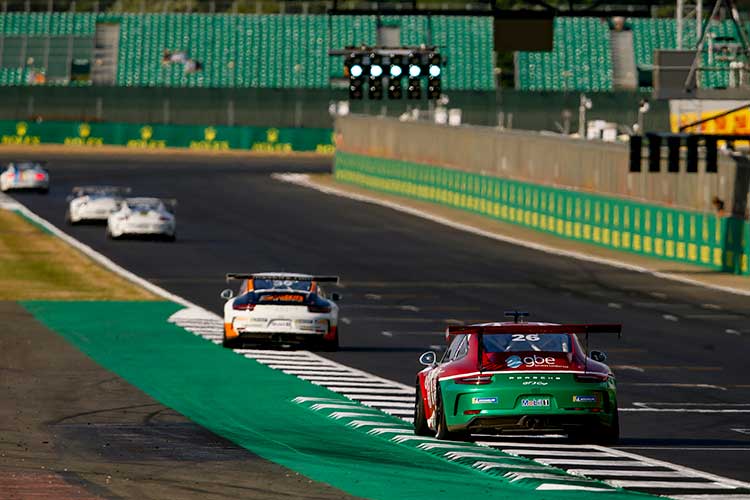 A late safety car put an end to any further progress, leaving three laps remaining of the race with everyone bunched up.

“The British Grand Prix weekend is always a fantastic event, getting to put on a show in front of the packed grandstands, and for myself and the IDL Racing team to be racing as part of the meeting for a fourth season in a row was a great honour.

“Unfortunately we knew heading into the weekend that we would be on the back foot as we continued to bed in our new engine, but we were able to find some time ahead of qualifying and I think eighteenth was a fair result for us.

“The high air and track temperatures certainly made the race tricky, but I was able to adapt pretty quickly and seize the opportunities that presented themselves. While the safety car cost us when the car was at its fastest, I’m pleased to have come away with thirteenth from where we started.”

The series takes a break for one weekend before it moves on to Hockenheim alongside Formula 1 for the German Grand Prix.

“We’ve never been to Hockenheim before so it will be a real challenge for us to learn the circuit with the limited track time available, but we’re looking forward to it and hopefully we can continue to work out way back up the grid.”

By Vince Pettit
1 Mins read
Rain stops play in the opening day of the 2022 Emilia Romagna Grand Prix, forcing organisers to delay the practice session for the Porsche Mobil 1 Supercup.