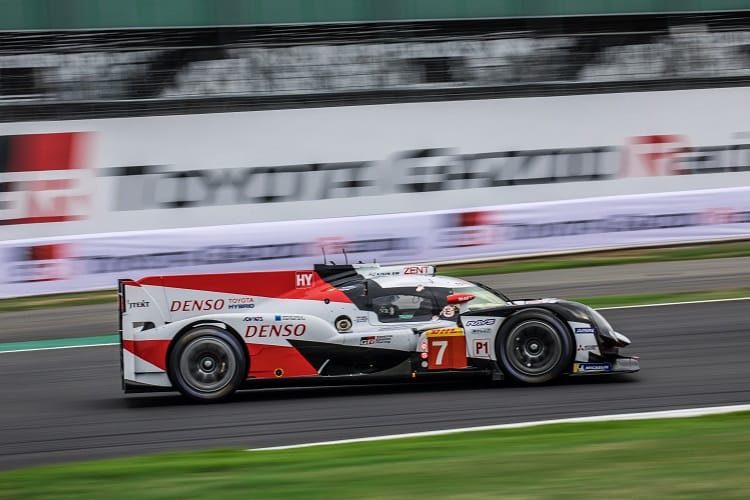 For the first time in the 2018/19 FIA World Endurance Championship Super Season, it will be the #7 Toyota Gazoo Racing who leads the grid away at lights out for tomorrow’s 6 Hours of Silverstone, rather than the #8 sister car. Aston Martin Racing continued to show a greatly improved pace this weekend, managing to get between the Ford Chip Ganassi Team UK cars for their best result of the season, as the #66 crew secured their first pole of the year.

Toyota shuffled up their qualifying drivers, putting Fernando Alonso and Jose Maria Lopez in place of Sebastien Buemi and Kamui Kobayashi respectively. Alonso set the opening pace of the session, setting just one flying lap, but Mike Conway returned to the top of the timing sheet before the driver change over, beating the Spaniard by just 0.020 seconds.

It was a bit of a messy session for Kazuki Nakajima who had one of his lap times deleted. With the traffic on track, he could only extract a lap time eight-tenths slower than Lopez’ best, putting the #7 on pole by four-tenths of a second.

Following the pattern of their improved pace this weekend, the SMP Racing duo put in a great performance during qualifying. Claiming best-of-the-rest over Rebellion Racing, Vitaly Petrov and Jenson Button managed to secure third on the grid behind the Toyotas.

The all Malaysian line-up of the #37 Jackie Chan DC Racing led home the team for a front row lock out in class. Jazeman Jaafar and Nabil Jeffri set a 1m44.896s average at the end of the 20-minute qualifying session. It was a close battle between the two ORECAs ,with the Malaysian pair beating the sister car by just over a tenth of a second.

Rounding off the top three in class, the LMP2 championship-leading #36 Signatech Alpine took third behind the two DC Racing cars, with Nicolas Lapierre and Pierre Thiriet setting an average time of 1:46.370. 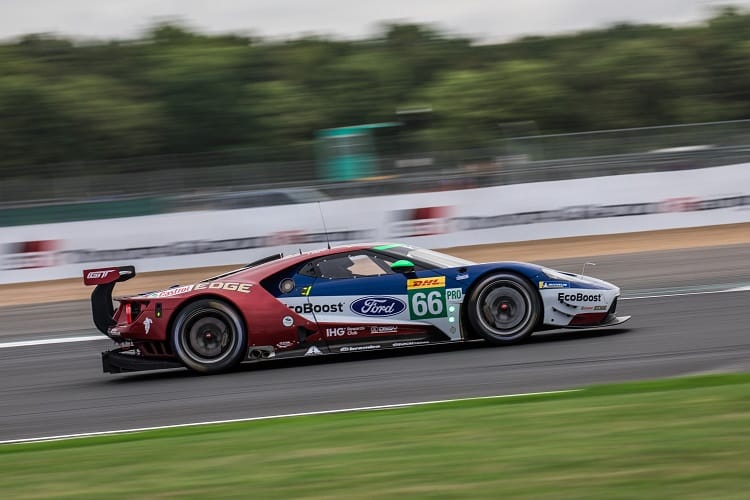 Aston Martin continued their surprising surge in performance and took the fight to Ford for pole position in class. It was Stefan Mucke and Olivier Pla who put the #66 Ford at the front of the class, but Aston Martin managed to place their cars second and third for tomorrow’s grid.

Andy Priaulx explained that there was no reason his #67 Ford was off the pace of the sister car, just that traffic and not optimising the laps played their part in them only being able to take fourth on the grid. Harry Tincknell also didn’t have a clean session, with his first lap time being in the 1m40s and no where near the pace of the #66. The British Ford duo will fight hard tomorrow to try and secure a strong finish by the end of the race.

It was a return of Porsche to the top in GTE Am as the Project 1 duo of Jorg Bergmeister and Egidio Perfetti secured the team’s first pole position in WEC. The German-run team managed to take class pole by two tenths of a second over 24 Hours of Le Mans class winners, #77 Dempsey-Proton Racing.

Aston Martin seem to be Porsche’s biggest competition in the Am class, with third and fourth being claimed by the two British car-running teams (TF Sport followed by the #98 works team).

There are due to be some great battles up and down the grid tomorrow during the WEC’s seventh 6 Hours of Silverstone. Although Toyota may run away with things at the front, with Button predicting the rest of the grid will be four laps down by the chequered flag, there is plenty more to be racing for down the field.

By Alice Holloway
2 Mins read
In what was looking to be Mike Conway’s first Le Mans victory, disaster struck the Toyota Gazoo Racing #7 through the night at the 24 Hours of Le Mans.
FIA WEC

By Paul Hensby
3 Mins read
Peugeot Sport has confirmed it will return to top level endurance racing in 2022 with its 508 Hypercar.