Solberg is ready for the challenge at the "Temple of Rallycross". Credit: IMG / FIA World RX

The 2018 edition of the World RX of Canada started off well for Petter Solberg, where he ended the first days action in third place overall after setting top three times in Qualifying.

The PSRX Volkswagen Sweden driver pushed hard on Sunday where the pace increased with the performance of his team-mate Johan Kristoffersson. However seeing the 2017 World RX Champion take his sixth win of the 2018 FIA World Rallycross Championship was great for Solberg to see. 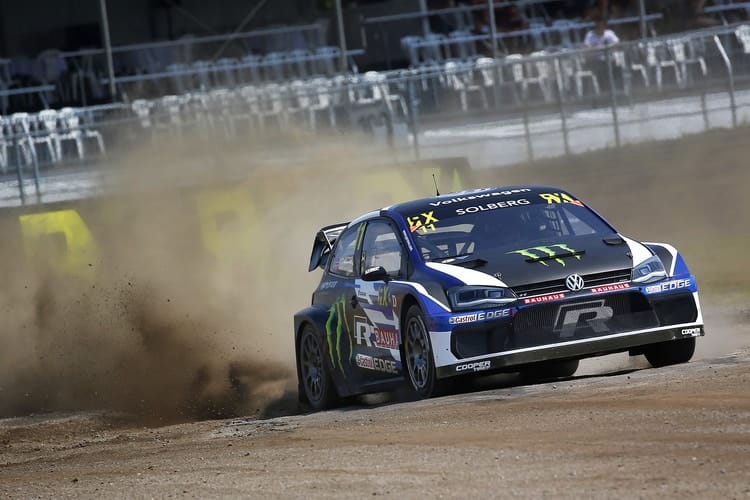 “But I’ve got to admit, I do feel a little bit frustrated with this weekend. I felt I could have come away from Canada with a little bit more. The big thing is the performance of the team and Johan. It was a great job.”

After finishing in third place overall at the end of Qualifying, the Norwegian driver sailed through the Semi-Finals to start on the back row alongside fellow WRC champion Sebastien Loeb in the Supercar Final.

However, despite taking an early joker lap in the race, Solberg was unable to capitalise on this strategy. The Norwegian driver would finish in fifth place, setting the fastest lap of the day as consolation.

“In the end, nothing really worked for me on Sunday. I took the joker and just missed out on the position coming out and when I got half a look up the inside of a car it just didn’t work. So frustrating,” said the Double World RX Champion.

“We work as a team, so big congratulations to Johan. He was fantastic on Sunday and very big congratulations to Volkswagen Motorsport – the Polo R Supercar was on incredible form. I don’t like to take such a long gap between racing though whilst holidays are nice, but they’d be even better if they came with a World Rallycross round in the middle of them!”