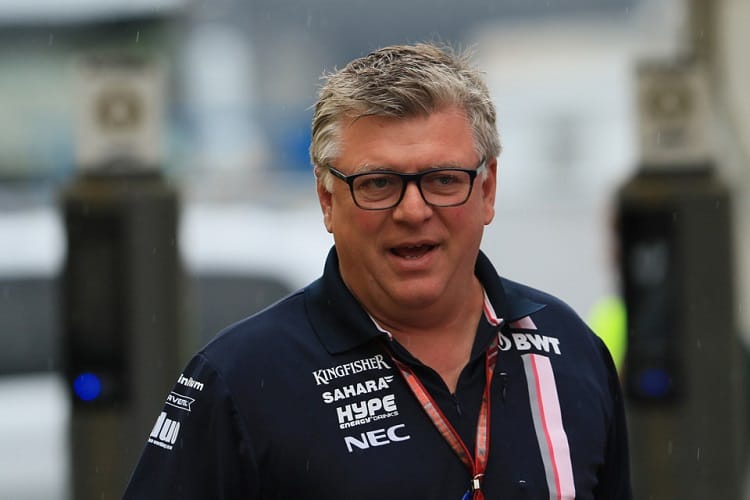 The chief operating officer of the Sahara Force India F1 Team, Otmar Szafnauer, has admitted he is relieved the team has been saved by the Lawrence Stroll-led consortium, particularly as the last two teams that went into administration disappeared from the grid.

The Silverstone-based team went into administration ahead of the Hungarian Grand Prix but the administrators at FRP Advisory LLP worked quickly to secure the future of the outfit, with the announcement coming on Tuesday of new owners taking over, led by the father of current Williams Martini Racing driver Lance Stroll.

Szafnauer had seen the fate of both the Caterham F1 Team and Marussia F1 Team both going into administration in 2014, with the former disappearing off the grid at the end of the season, although the latter was initially saved and rebranded as Manor Racing MRT, it returned to administration at the end of 2016 and was unable to be saved a second time.

But Stroll’s investment means Force India were in administration for just over ten days, with the team now able to keep going in their battle for fourth place in Constructors’ Championship over the final nine races of 2018.

“Once we went into administration, there were a couple that have been there and didn’t come out,” Szafnauer told Motorsport.com. “So, there is a lot of trepidation amongst all the team members, and a lot of anxiety, because we didn’t know where it was going to go.

“It’s a huge relief to know there’s a future for the team. We’ll be able to continue as a normal Formula 1 team.”

Szafnauer, who played a key part in bringing in the consortium, hopes that the senior management in place at the Silverstone-based team, including both himself and deputy team principal Robert Fernley, are given the opportunity to serve under the new owners.

“It’s early days,” added Szafnauer. “I would hope they would keep the senior management on.

“This just happened, I haven’t sat down with the new owners to say ‘what do you want to do?’”

Portuguese GP – Friday Round Up: Bottas Tops Both Sessions After Two Dramatic Red Flags in FP2

By James Thomas
3 Mins read
It was an eventful three hours of running under the Portuguese sun today as Valtteri Bottas topped the timesheets in both free practice sessions.
Formula 1