Ott Tänak and Martin Järveoja notched up a hat-trick of wins for the first time in the FIA World Rally Championship since 2016 when they claimed victory in the returning Rally Turkey, the 10th round of the series.

In doing so, the Estonians have catapulted themselves into second in the Championship, sandwiching leader Thierry Neuville and third-placed Sébastien Ogier.

“It was so difficult. On Friday we knew if we finished in the top five or six we would be happy. Since the start it wasn’t a rally where the fastest would win, it would be the smartest. We did the whole rally without any stops and now the championship looks interesting,” he said.

After one of toughest events in recent history and a unique challenge on the WRC calendar, the Drivers’ Championship takes on a different complexion.

Neuville may still head the challenge but, after only picking up maximum points in the Power Stage, he is now being chased down by Tänak who is 13 points adrift in second. Similarly, Ogier just picked up points for second in the Power Stage and has dropped to third, trailing Tänak by 10 points.

Toyota Gazoo Racing’s one-two also sees the squad leap into the lead in the Manufacturers’ Championship, and they now head Hyundai by just five points.

Today’s route was by far the shortest and took in just four stages and 35 competitive kilometres and, after two of the most gruelling days of rallying, virtually all the crews drove tactically to the finish.

Tänak took no risks and remained focused on maintaining a safe pace as he was never going to be challenged by Latvala, such is the high stakes in the Championship. The Finn’s second position is also his best of the year.

Paddon has played the long game throughout the event and looking after the car paid dividends with a podium finish as many of the Championship competitors fell by the wayside.

Behind the leading trio Teemu Suninen drove a measured rally, showing pace and delivering a solid performance; he finished as the lead Fiesta WRC driver after both Ogier and Evans dropped back earlier in the event.

Andreas Mikkelsen finished fifth, another driver to lose time over the weekend and he headed sixth-placed Henning Solberg, the popular Norwegian back for a one-off event in a Skoda Fabia R5.

Jan Kopecký once again ran into problems, but the Czech driver powered back up the leaderboard to take the FIA WRC 2 Championship win and seventh overall.

Kopecký admitted he was relieved to come through such a tricky event.

He said: “Honestly, I have mixed feelings because this rally was really crazy. I like the clean events where you can put your toe to metal all the time, but I am obviously happy to win this rally.”

This is his fifth win from five outings this season. He finished over a minute ahead of Simone Tempestini with Chris Ingram third in the category.

Sébastien Ogier rounded out the top 10 with team-mate Elfyn Evans 12th. Championship leader Thierry Neuville eventually climbed to 16th; he saved his tyres throughout the day for an all-out assault in the Power Stage.

The FIA Junior WRC Championship also came to a thrilling climax on its final round in Turkey, and Emil Bergkvist not only won the event but took the series title* in his Fiesta R2.

“It’s been a very tough day and we’re very lucky to be here without any problems. We’re just driving to survive but there are still four more stages to go tomorrow and we’re simply aiming for the finish line,” said Bergkvist. 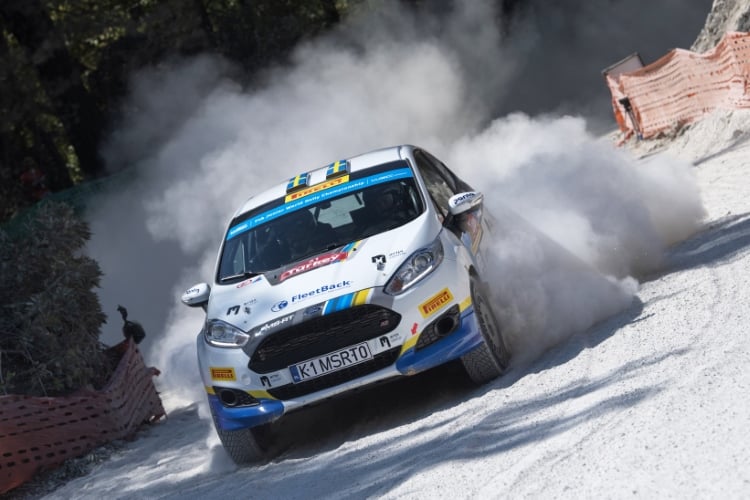 The Swede wins one of the biggest prizes in world rallying; ownership of a Fiesta R5 and a free entry into next year’s FIA WRC 2 Championship.

The 11th round of the FIA World Rally Championship takes the crews to Wales Rally GB (4-7 October) for yet another big gravel encounter.

* Subject to the official publication of the results by the FIA