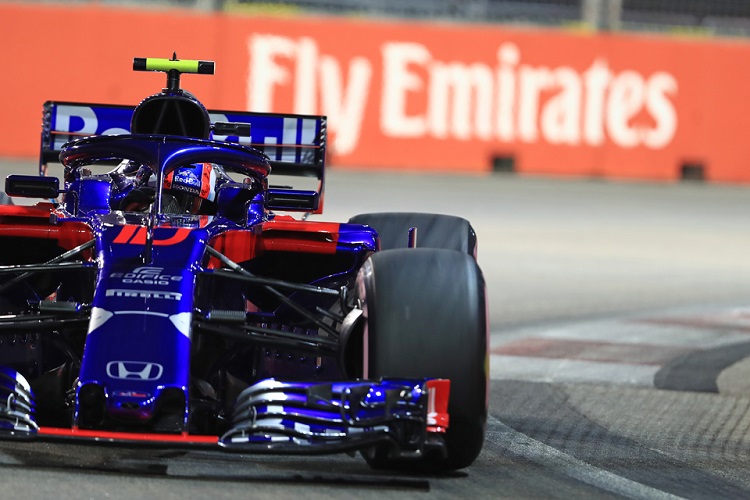 Pierre Gasly says Red Bull Toro Rosso Honda have not been as competitive around the Marina Bay Street Circuit as they were anticipating to be, with the Frenchman ending Qualifying on Saturday fifteenth on the grid.

The Frenchman, who will switch to Aston Martin Red Bull Racing in 2019 in place of Daniel Ricciardo, was able to extract enough performance out of his STR13 to get out of Q1 at the expense of Haas F1 Team driver Kevin Magnussen, and he once again got the better of team-mate Brendon Hartley, who will start down in seventeenth.

Gasly says the team has been struggling with the balance of the car all weekend long and although they seemed to make some gains on Saturday, he was never in the hunt in Q2 to do any better than fifteenth, with his time of 1:39.691 more than a second down on what would have been enough to get into Q3.

“It has been tricky for us since the beginning of the weekend because we were not as competitive as we had of hoped yesterday,” said Gasly.  “Today was a bit better but there wasn’t much we could do to compete with the other teams for Q3.

“We struggled with balance and grip so we tried a few things to find a solution, but we weren’t able to put it together which has made it difficult to extract the most performance out of the car.

“We’re aiming to make up some positions tomorrow, we know in Singapore that can be difficult, but we are usually competitive on the Hypersofts in extending the life of the tyres, so that will be the target during the race.”