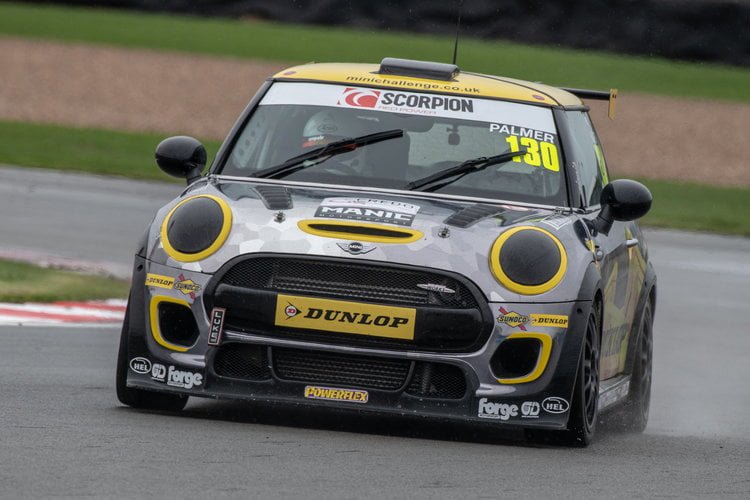 In the MINI Challenge, it would be a pole position for JCW newcomer Ben Palmer at Donington Park. Having only been confirmed in the lead up to the weekend, the Guest was elated with his performance.

Lunchtime rain made the session treacherous for many, but it wouldn’t stop Palmer who on his debut weekend made waves, quickly jumping to the top of the times in the early stages.

He remained on top as the time counted down, with a time of 1min 52.612. The #130 was the shock of the session, 0.055 ahead of James Gornall. The JIG Racing driver was one of the few to improve in the closing stages, claiming second on his final lap.

The top JamSport driver was not the championship leader, but Scottish driver Calum King. He edged out Ant Whorton-Eales for his worst qualifying since Oulton Park. Completing the third row would be Rory Cuff and Luke Reade.

A number of cars had taken to the pits during the middle of the session, with Nathan Harrison struggling at the tail end of the top ten. It would not get any better for the BRDC Rising Star, qualifying eighth behind Jordan Collard. Having his two rivals ahead of him, Harrison knew that he’d have it all to do in order to hold on to his championship aspirations.

The top eight had all qualified within a second of each other, as the ten was completed by Jono Davis and Jac Maybin.

Top 8 were split by a second with Ant waiting until tomorrow to secure the title.