Kimi Räikkönen: “Overall, it looks like we are a bit behind here” 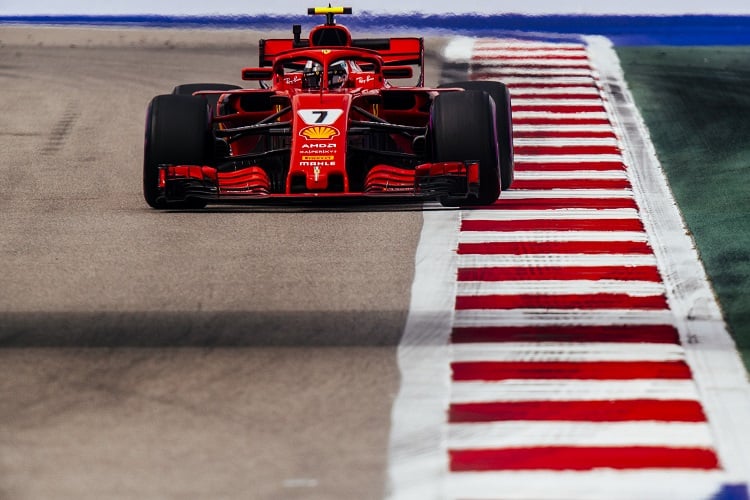 Kimi Räikkönen felt his SF71H was the best it has been so far this weekend during Saturday’s Qualifying session for the Russian Grand Prix, but it was still not good enough to better fourth on the grid.

The Scuderia Ferrari driver ended 0.850 seconds away from the pole position time of his fellow Finn Valtteri Bottas from Mercedes AMG Petronas Motorsport, and he admitted the Italian outfit have been well down on where they need to be this weekend in relation to their rivals in the Constructors’ Championship.

“Today In qualifying our car was the best we have seen this weekend,” said Räikkönen.  “On my last attempt in Q3 I had a pretty good lap going, but then one of the Mercedes backed off in front of me and the lap did not come together.

“The feeling with the car was pretty good, but obviously it was not enough. Overall, it looks like we are a bit behind here, and it has been like this all weekend so far. Obviously it’s not ideal, but it is what it is.”

Räikkönen, who will leave Ferrari and join Alfa Romeo Sauber F1 Team in 2019 as Charles Leclerc goes the other way, knows the Sochi Autodrom is not an easy place to overtake on but the Finn is hoping to make gains on Sunday afternoon

“This is not an easy place to overtake, but tomorrow we’ll do our best and see what happens,” said the Finn.