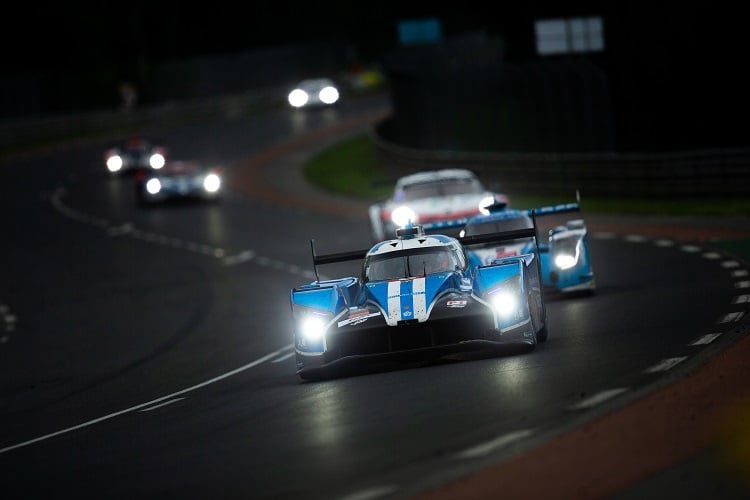 The FIA World Endurance Championship is in a long break period as fans avidly await the 2018 6 Hours of Fuji taking place in October. However, one team that won’t be looking ahead to the next race is Manor Racing after they have walked away from CEFC TRSM and Ginetta ahead of the Japanese race.

Things have not been happy at the Manor / Ginetta camp all season, with financial issues and not being able to compete in two of the three completed rounds plaguing the team. With a last-minute engine manufacturer change ahead of the 6 Hours of Silverstone, Manor were forced to pull out of their home event.

Graeme Lowdon has revealed that he did not believe the team was in a place to change engine suppliers (from Mecachrome to AER), but Ginetta insisted that the homologation of the new engine had been done in time for the British race. It was due to the engine change – classed as a model change by the FIA – not being completed with enough time ahead of the Silverstone event that saw Ginetta and Manor unable to race at the British ciruit.

Speaking to Motorsport.com, Manor boss John Booth said: “Manor provided equipment, expertise and experienced people into the LMP1 project, managing the team and the trackside operations, starting from the car build through to and after the Le Mans 24 Hours, but for commercial reasons we are not now involved.”

It was confirmed recently that one sole Ginetta would be back in the field for the next race, but in light of this news the Manor party will have nothing to do with its running.

However, the torrid season for Ginetta doesn’t stop with Manor walking out. The British manufacturer’s boss Lawrence Tomlinson would not confirm if Ginetta were taking over from Manor in running the team at the 6 Hours of Fuji.

“TRSM holds the licence and it is their decision who they employ to run the car,” Tomlinson said to Motorsport.com. “Ginetta has done everything it can to get the cars out there and has subsidised the programme so far.

“We as a factory just want to get the car out there with its new AER engine and see where it is against the Toyota and the Rebellion.”

It has recently been revealed that the Ginetta double entry was only for the first three round of the season, explaining why now only one Ginetta car will take to the track at Fuji. The newly-fitted AER P60B V6 Turbo/ Ginetta completed a shakedown at an airfield in the build up to the 6 Hours of Silverstone, and has taken part in testing at the British racetrack with an undisclosed driver.

The one remaining Ginetta will race at the 6 Hours of Fuji, but the team’s situation and the competitiveness of the car still remains to be seen.

Buemi Thinks Toyota will be “Fighting with the LMP2s”

Toyota Feeling the Heat from Rebellion in Final WEC Practice