Prema and ART Sign Up to New Formula 3 Championship 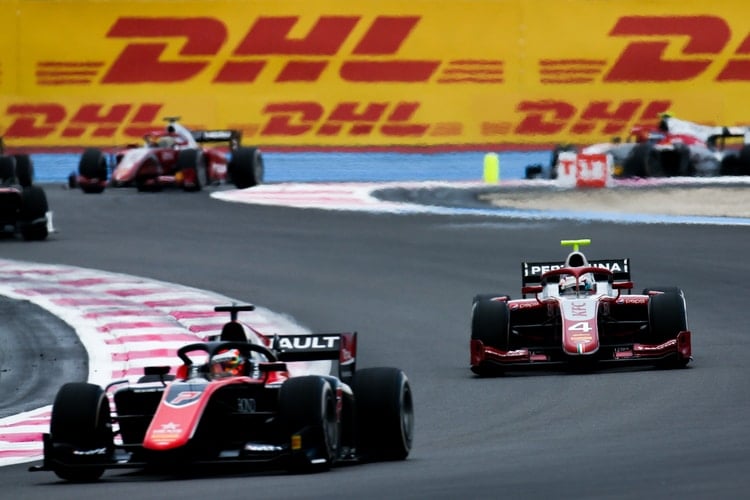 Two of the heavyweights of junior formulae are amongst those who have signed up to the new FIA Formula Championship in 2019.

Next year the new championship will replace the GP3 Series on the Formula One support bill.

It will feature a new car which is set to keep the Mechachrome V8 engine but will also feature the halo, as well as a new front and rear end.

Prema boss Rene Roisin, whose squad competes in Formula 2 but not GP3 hopes that costs are taken into account.

“We are the most historic team in Formula 3 at the moment, Prema started in 1983 in Formula 3,” said Rosin, to Autosport.com.

“We have always supported Formula 3 since that time, in continuation of our way of thinking and on the FIA ladder, we will participate in the selection of teams.

“Then of course, it is up to the organiser to decide. The current car of Formula 3 is a good car, but it is also too expensive so we need to pay attention to costs.

“The market doesn’t permit the huge costs that are there now in Formula 3 European championship. If the car is reliable and the same for everybody and it is fair, that’s good.”

Four of the last five GP3 teams’ titles has been won by ART Grand Prix and according to team boss Sebastien Philippe they have entered the new series.

“The way it looks like it’s going it looks good. For ART it makes perfect sense.”

According to Autosport all of the teams of the European F3 have entered.

If all teams from GP3 and European F3 were to apply to enter, it could cause a headache for Bruno Michel (CEO of GP3 and F2) as there are six teams in GP3 and five in European F3 and only 10 slots available.

Teams shall discover if they have been successful on 1 October.

By Paul Hensby
7 Mins read
The Checkered Flag looks back at the 2018 FIA European Formula 3 Championship season, a year where the name of Schumacher once again became the one to beat in motor sport.