Announced a month ahead of the final FIA World Endurance Championship race of this year, but only round five of the 14-month ‘Super Season’, the entry list for the 6 Hours of Shanghai has been released. Of the 35 cars that will take to the Chinese circuit, the one remaining Ginetta LMP1 car has, once again, been removed from the final grid.

This is a record number of cars taking part in the fifth round of the 2018/19 endurance season, with Corvette Racing rounding off their 20th year of racing with a one-off entry at Shanghai. Corvette will have one car in the LM GTE Pro field, sporting a special livery to mark the event. Factory drivers Oliver Gavin and Tommy Milner will take to the Corvette cockpit.

This marks as the first time Corvette have taken part in a WEC round since the 6 Hours of COTA in 2014. 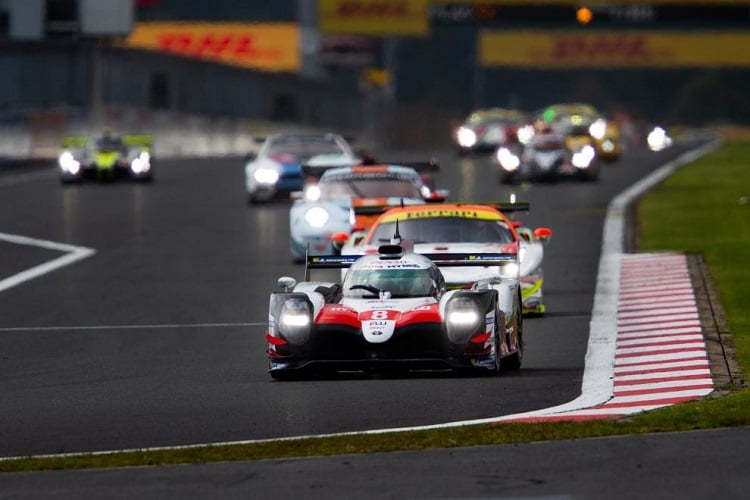 The rest of the four classes remain very much the same as they were for the 6 Hours of Fuji, with a few driver changes set to be put in place ahead of the last WEC race of 2018. Tom Blomqvist stays onboard the BMW MTEK Team with Antonio Felix da Costa as he continues to fill in for Augusto Farfus who is racing in the GT World Cup for BMW on the same weekend.

Australia’s James Allen holds onto his LMP1 DragonSpeed seat, as Renger Van Der Zande returns to the team after missing the Japanese round due to the clash with IMSA‘s Petit Le Mans. Loic Duval also returns to WEC after missing the last race. He will retake his seat at LMP2’s TDS Racing that was filled last time out by current Formula E champion, Jean-Eric Vergne.

Finally, the Larbre Competition LMP2 team take on new driver Enzo Guibbert to race alongside Erwin Creed and Romano Ricci. He takes the seat of last race’s home hero Keiko Ihara, who was in the car just for the 6 Hours of Fuji.

The #88 Dempsey-Proton Racing LM GTE Am entry, who were stripped of their second place finish at Fuji due to fuelling time issues, have taken Satoshi Hoshino out of the cockpit ahead of the Chinese race. His replacement is yet to be announced whilst the team still wait to hear a final decision on whether they will be receiving any further penalties for the telemetry discretions discovered at Fuji Speedway.

Ginetta’s issues seem to be far from over, with the team last being seen on the track at the 24 Hours of Le Mans in June. Since then, the team have lost the Manor Racing support they had and changed engine suppliers, after financial issues and a fallout with original engine supplier Mecachrome that plagued the first few races of their season.

Aside from the one Ginetta-designed CEFC TRSM that completed the 24 Hours of Le Mans, the car has barely seen any track time, only really managing to set laps during the test session at Paul Ricard at the beginning of the year. The car certainly has not done any miles on the newly fitted AER engine to show any form of additional competitiveness, which was one of the reasons Ginetta split from Mecachrome in July.

At the time of publishing, there has been no official word on why Ginetta are, again, not taking part in the next round of the WEC. However, it is known that the Ginetta crew are not giving up on making a WEC return. Just when or in what form remains a big question mark.