As the British summer moves to autumn, anything can be expected on Dayinsure Wales Rally GB, the 11th round of the FIA World Rally Championship.

Running three weeks earlier than last year, the event has always been notorious for its unpredictable weather and, while the gravel stages can be treacherously muddy with ever-changing grip, it is a classic in the sport and originally dates back to 1932 and the inaugural Royal Automobile Club Rally.

When forest roads were introduced to the rally back in 1960, it transformed the event into what we know today, and this year marks another milestone with recent legislation meaning public roads can be closed, affording the potential to link traditional forest tracks with short asphalt sections to create longer more demanding stages.

Wales Rally GB has always been a formidable challenge that delivers exciting action, and the leaf-strewn forest stages will host the on-going showdown in this year’s Championship, where there is now a three-way fight for both Drivers’ and Manufacturers’ WRC Championships as well as a local Welshman – Elfyn Evans – gunning for back-to-back GB victories after his 2017 success.

A campaign that appeared to be building towards a duel between defending champion Ogier and heir apparent Neuville has been gate-crashed by man-of-the moment Tänak.

The Estonian arrives in Wales having won the previous three rounds in Finland, Germany and Turkey in his Toyota Yaris and now finally admits he’s a title threat. “We are in the fight now,” he acknowledges.

Neuville still has his Hyundai’s nose in front but knows he has a battle on his hands. “We are fighting for the championship against some very hard guys to beat,” says the Belgian.

“It’s a three-way fight,” agreed Ogier. “There are still three rallies to go and everything is possible. Nothing is finished yet.” 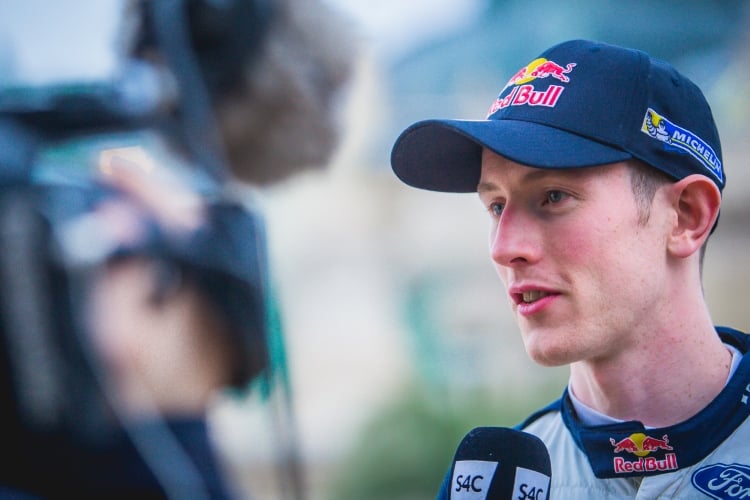 While many eyes will be focused on the title fight, local fans will be hoping home hero Elfyn Evans can again upset the form book.

Last year, the Welsh wizard from Dolgellau, made history by becoming the first Welsh driver ever to win a round of the World Rally Championship – a feat he’s now aiming to repeat.

“Competing at home always bring a special motivation and we are targeting another victory,” he says. “The fans were amazing last year and I hope it’s going to be same again.”

The fight in the FIA WRC 2 Championship category also continues, and a Škoda driver is assured of this year’s title. Jan Kopecký, the current leader, won’t be competing in Wales but rival and team-mate Pontus Tidemand will be looking to capitalise with maximum points to close the gap on the Czech driver.

Three stages will be broadcast live on television; SS14 on Saturday, the Gwydir Power Stage (SS20) and SS23 Great Orme Llandudno 2 on Sunday.

The show gets underway on Thursday evening with a short spectator stage at the Tir Prince Raceway but then heads into North Wales on Friday for two loops of three stages, including Penmachno which has not been used – in some parts – since 2013.

‘Slate Mountain’ is then run twice at the end of the morning loop before the mid-leg service as a spectator-friendly stage at an established tourist attraction in the Snowdonia mountains.

Saturday is a long and classic day in mid-Wales and covers 150 kilometres of action with no opportunity for service during the day. Just a lunchtime tyre fitting zone is scheduled in Newtown.

Only five stages and 55 competitive kilometres remain on Sunday, and Elsi kicks off the action, the stage having never been used in the WRC previously.

This is followed by the Gwydir Power Stage (SS20), which then also runs later in the morning before the Great Orme Llandudno asphalt stage that hugs the iconic headland and finishes on the streets of Llandudno where the podium and prize-giving ceremony take place.