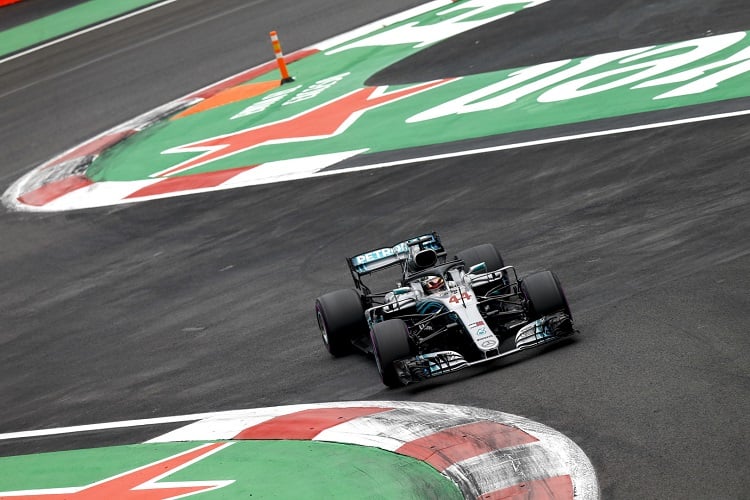 Lewis Hamilton was happy to be as close as he was to the Aston Martin Red Bull Racing duo of Daniel Ricciardo and Max Verstappen in Qualifying for the Mexican Grand Prix, with the Briton edging out Sebastian Vettel for third on the grid.

The Mercedes AMG Petronas Motorsport team has not shown the same kind of pace as Red Bull in any of the practice sessions, but Hamilton got within 0.135 seconds of the pole time of Ricciardo, and the Briton said the work done across the last few days back at the factory and at track side by his mechanics and engineers appeared to pay off.

“I want to say thank you to everyone at the factory and the team here at the race track, everyone has worked really hard to get the car to where it was today,” said Hamilton.

“Red Bull were really fast in the middle sector, the Renault engine seems to be working well in the high altitude and so does their high-downforce package. I think they were probably in a league of their own today, so I’m happy to be as close as I am.”

Hamilton goes into race day knowing a seventh-place finish or better will secure him his fifth World Drivers’ Championship, or if Vettel fails to win, but he feels Red Bull will again have the advantage on Sunday.

“Our race pace was not bad on Friday, but again Red Bull seemed to have the upper hand,” said the champion-elect.  “We were able to improve quite a bit since yesterday, so I’m hoping that we will be able to fight them and maybe gain some ground at the start.