Esteban Ocon – Brazil result was ‘disappointing’ due to their good pace 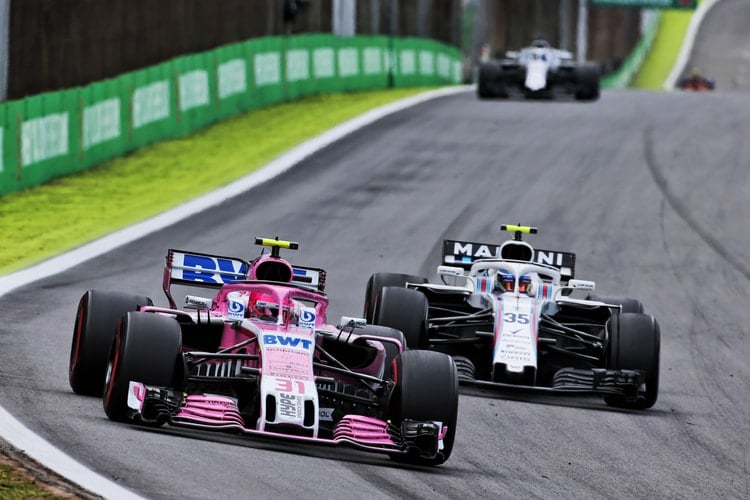 Racing Point Force India F1 Team driver Esteban Ocon has expressed his disappointment after being unable to score points in the Brazilian Grand Prix on Sunday.

He said he had made some solid progress during the course of the race, but it ended up not making much of a difference due to contact sustained with Aston Martin Red Bull Racing driver Max Verstappen.

“It’s disappointing not to score when we had good pace.  I had made some good overtakes throughout the race, but it all came to nothing after the contact with Max [Verstappen].”

Ocon added: “He came out of the pits, I stayed behind him for nearly two laps but I was much faster than him and and the team advised to me unlap myself.”

He said he had used to the same technique to pass two-time World Champion Fernando Alonso and others earlier in the race, but Verstappen did not give him the space he needed.

“I went on the outside at turn one – the same move I made on Fernando [Alonso] and on many others before, but Max didn’t give me any space.  Once I was beside him I couldn’t just disappear, so we collided.”

Ocon defended the move, saying that he had the space.   He added he was not impressed with the twenty year old’s behaviour following the end of the race, feeling that the sport’s governing body, the FIA, shouldn’t have had to step in.

“But it was my move and I had the right to the space.  I was saddened by his behaviour after the race: he was very aggressive and the guys from the FIA had to intervene.  That’s not the way to handle these things.”

McLaren’s Andreas Seidl: “The entire team is excited to be back racing in the principality”

By Paul Hensby
1 Mins read
McLaren will aim to continue their points scoring run with both drivers in this weekend’s Monaco Grand Prix.
Formula 1

Lando Norris: “We know that Monaco is going to be a tricky weekend”

By Paul Hensby
3 Mins read
Lando Norris says racing at Monaco again after a year away is an exciting prospect, especially with McLaren run a special Gulf livery
Formula 1

Williams’ Dave Robson: “Returning to the streets of Monte Carlo is a great moment”

By Paul Hensby
2 Mins read
Dave Robson hopes Williams can be competitive on what will be their seven-hundred and fiftieth Grand Prix on Formula 1.