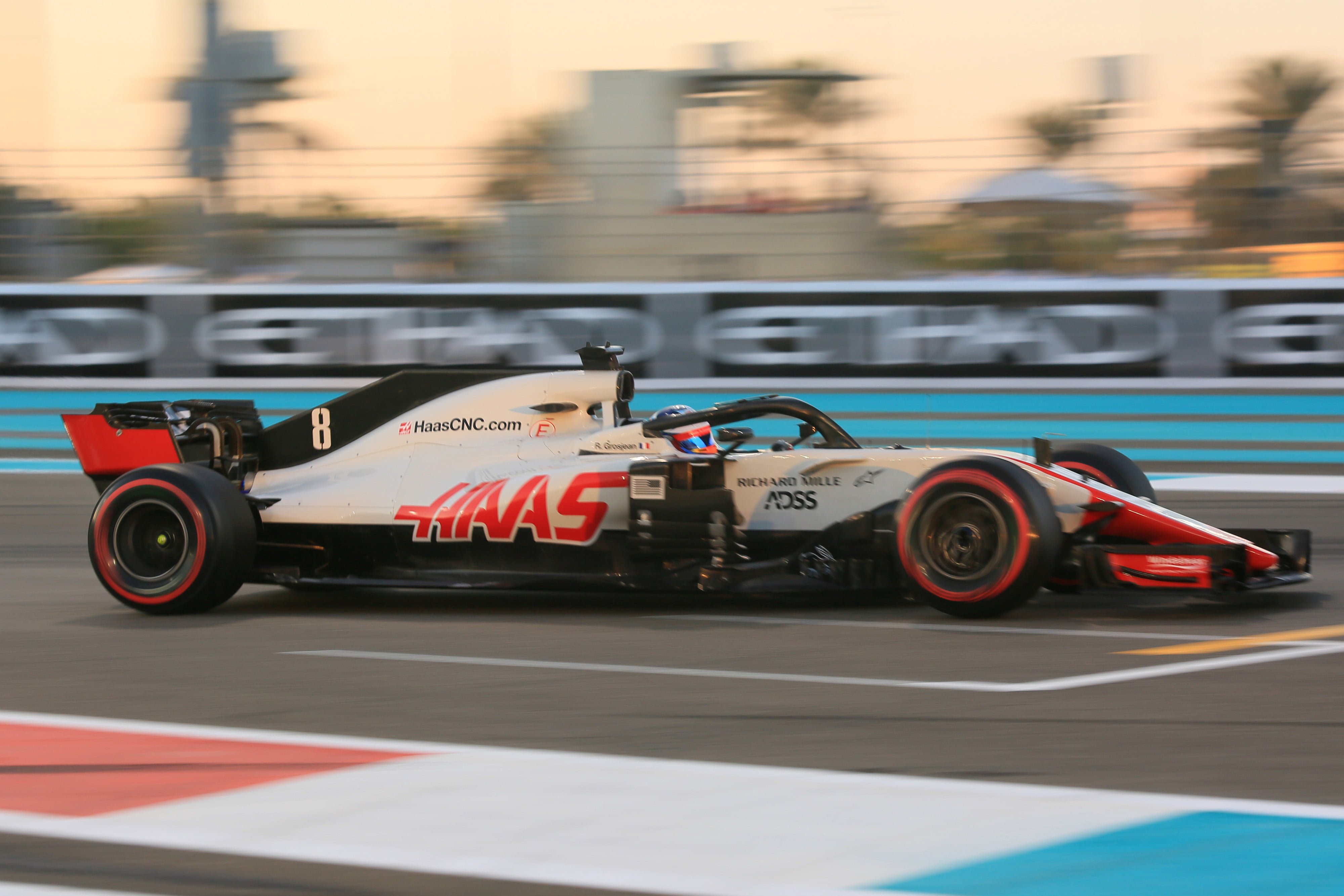 Haas F1 Team driver Romain Grosjean hailed the improvement the Formula 1 team made throughout Friday practice for the season-ending Abu Dhabi Grand Prix, as he ended both sessions inside the top-10.

Grosjean, who claimed an eighth-place finish in the Brazilian Grand Prix last time out, narrowly pipped Pierre Gasly to tenth place in the opening 90-minute practice session at the Yas Marina Circuit, with a hypersoft assisted 1m:40.663s on his 15th lap of running.

In the second practice session, run more to the dusk/night conditions of the grand prix itself, Grosjean took ‘Class B’ honours in seventh place, beaten only by the drivers from the Mercedes AMG Petronas Motorsport, Aston Martin Red Bull Racing, and Scuderia Ferrari teams. His lap time of 1m:38.060s marked an improvement of nearly three seconds from the first session.

“I think it was a good improvement from the afternoon into the evening,” remarked Grosjean as Haas looks to secure its first-ever points finish in the Abu Dhabi Grand Prix. “I was pretty happy with the way the evening session went, which is most important for the weekend, so that was quite positive. It was a pretty good Friday.

“FP1 and FP3 aren’t representative, whereas FP2 is, so I’m glad the car worked well there. We have a few things to look into to make sure we get the best of the car tomorrow [in qualifying] and prepare for the race the best way we can. Generally, we are happy with where we are.”

Grosjean’s team-mate Kevin Magnussen also secured a brace of top-10 finishes in practice, with the Dane taking sixth-place in the afternoon session, following that up with ninth-place in the evening.

As with Grosjean’s two best times, Magnussen also set his fastest laps around the 3.4-mile circuit on the hypersoft tyre, the softest in Pirelli’s range.