This is part two of The Checkered Flag’s 2018 British Touring Car Championship season review. Part one includes background and an introduction therefore part two is going to jump straight back into the final drivers standings.

Alfa Romeo brings a certain romanticism to motor sport and a charismatic personality such as Rob Austin was the perfect driver to spearhead the return of the Italian marque to the British Touring Car Championship. Whilst it was a developmental year for the HMS Racing squad and the Giulietta, two podiums finishes at Brands Hatch in both the Indy and Grand Prix iterations were superb confidence boosts regarding how the car was moving towards the future. Sadly we won’t be seeing the Alfa and Rob together in 2019 so it seems most of the hard work in 2018 was a waste. However, I doubt that’ll keep them down and a return in 2020 would be welcomed.

After scoring his maiden pole position and victory at Oulton Park, fans started to forget that Matt was already beating most of his previous qualifying and race records leading up to the round in Cheshire. The move to Eurotech from Team Dynamics seemed to reinvigorate Matt but that was until he left the squad following his second and final podium finish of the year at Rockingham in order to run Simpson Racing independently. Whilst the capture of engineer Geoff Kingston was the main reason for the split, two further top five finishes to silence doubters rounded off a confident year for Matt and give a push forwards towards the possibility of more success in 2019.

It was a strange year for the young Scotsman. Two podium finishes at Donington Park seemed to be as good as it was going to get with two weekends left to run but victory in the final race of the day at Silverstone highlighted why you should never discount Aiden from the sharp end. Constant references on social media during the Winter break about that sole victory in 2018 tells you how much of a weight off the shoulders it was and it couldn’t have come at a better time. Moffat probably didn’t want to wait for the racing to resume in 2019 for him to begin rebuilding.

Agonisingly close to becoming the first AmD driver to score one hundred points in a single season, the final weekend was just one disappointment in an otherwise impressive year. Nine top ten finishes made people take notice of the fantastic job Rory was doing in a car that is getting pretty old in the championship. 2018 only added to his CV instead of tarnishing it and it would have been an outrage if he wasn’t considered for one of the AmD Honda Civic seats in 2019.

When he wasn’t dominating the inaugural TCR UK championship, Dan dabbled in another return to the BTCC and enjoyed more success than he had enjoyed previously. Whilst the first weekend at Oulton Park ended with a crumpled Civic, Croft saw both Lloyd and BTC Norlin Racing taste victory for the first time in a well controlled reverse grid race. Eight top ten finishes in his part year was a fantastic achievement and highlighted the fact he has some unfinished business in the championship. It would be nice to keep him for a full year to see where he’d eventually end up.

It was beginning to look like a typical year for Rob in the championship. A few top tens, victory and average qualifying, it was to be a legacy of a crash at Silverstone in 2017 which was to be the downfall of his season and possibly his whole BTCC career. A whack into the barriers at Snetterton magnified injury and ruled him out for the Diamond Double race and the next two weekends on medical grounds. When his son Ricky Collard replaced him and started producing consistent results, West Surrey Racing took the decision to keep Ricky for the remainder of the season. After losing his seat for 2019, Rob is looking elsewhere to compete whether it’s in the BTCC or British GT.

Qualifying was Brett’s strong point in 2018 and pole position in the final round at Brands Hatch was the culmination of over a year’s worth of hard work. A podium was also a welcome reward for all the faith put into him as his father’s replacement. Eurotech’s withdrawal from the championship couldn’t have come at a worse time because it will probably mean the end of the road for Brett in the championship. A chance to grow further cut short due to money and it’s a shame that a driver who started to gain confidence will probably be left out despite all the progress made.

Up until Croft, James was having sporadic top ten finishes and with the Ford Focus RS constantly improving the only way was up. However, after the first race of the weekend in Yorkshire. James went on a barren run of fourteen non-points scoring finishes and it was hard to work out why he was going backwards. As Mat Jackson’s replacement there were plenty who had an eye on James to see whether he’d slip up and if Motorbase had made a huge mistake. Jackson fans probably feel smug right about now. 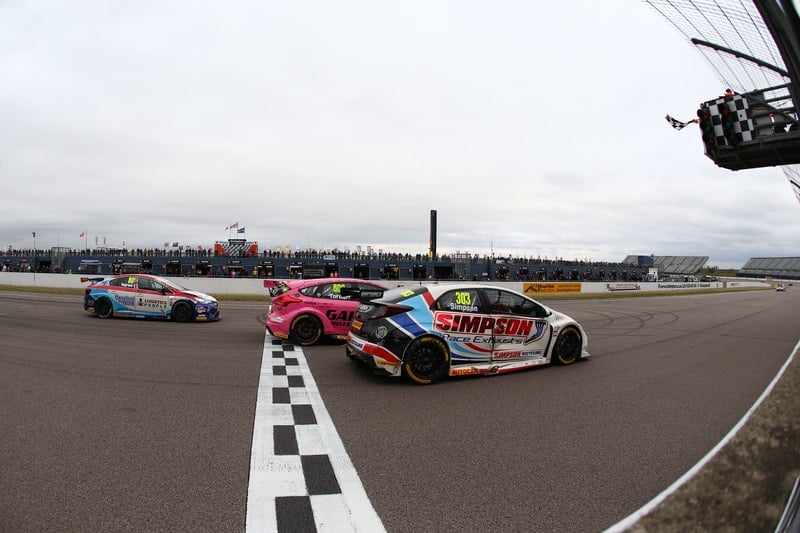 Quietly getting on with the business of learning the BTCC ropes, Tom had one or two stand out performances that went under the radar but were appreciated by those who had kept an eye out for the débutant’s progress. Six top ten qualifying performances and five top ten race finishes throughout the year were fantastic efforts that have been rewarded with a seat at West Surrey Racing for 2019. Definitely one to watch next season.

The podium finish at Brands Hatch was a fantastic start to the season for the Audi man who then went on to have one of his typical seasons. Three top ten finishes in a car which akin to the MG6 is aging in competition terms. Another stand out drive by Ollie in 2018 was when he pushed championship elect Tom Ingram hard to the finish line at Oulton Park in race two and scored a ninth place finish. It is unknown where he’s going to be in 2019.

Undoubtedly the best of the Volkswagen drivers in 2018, it was only when Mike decided to start engineering the car himself that results begun to pick up. Rockingham was the stand out weekend when he qualified a sublime fourth and scored two sixth place finishes in the first two races. The pace was there for more in race three. However, conditions put paid to that. It was refreshing to see all the promise shown in the Renault UK Clio Cup being put to good use in the top tin top category.

Thrown in at the deep end but Ricky had tested the BMW 125i M Sport before so he wasn’t going in totally blind. After just four weekends in the championship people were jokingly saying that he was already a better qualifier than his father but there was some substance in that. Silverstone was the breakout weekend with his maiden BTCC podium and it showed how much of a fantastic talent Ricky is. Where he ends up in 2019, whether it’s in the BTCC or elsewhere, they should be glad to have him.

It wasn’t the best of years despite a podium in the crazy second race of Brands Hatch at the start of the season. Things soured between himself and Team HARD and the decision to split halfway through the year was taken. Whilst things like that should be left in the past, the future looks bright for Jake as he is making a return to the BTCC with the new Trade Price Cars squad. Following social media reaction, this has been a popular decision.

Browning and Lulham dominate again at Snetterton to further heat up iRacing...