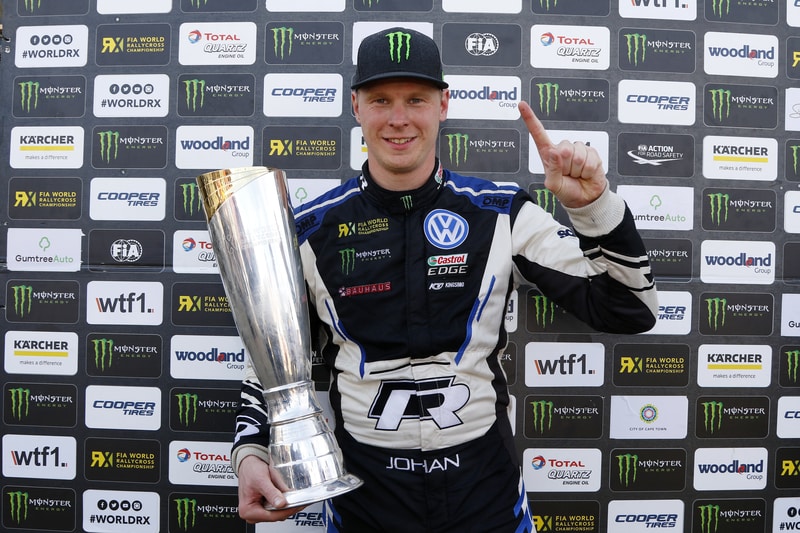 With the most amount of manufacturer involvement in World RX in its five-year history so far, the 2018 FIA World Rallycross Championship was expected to be one of the most open contests for the past few years.

However, Johan Kristoffersson put paid to that theory as he dominated the season by taking eleven wins out of twelve events. The Checkered Flag takes a look at the 2018 season of World RX on a team by team basis starting with the Manufacturer teams. 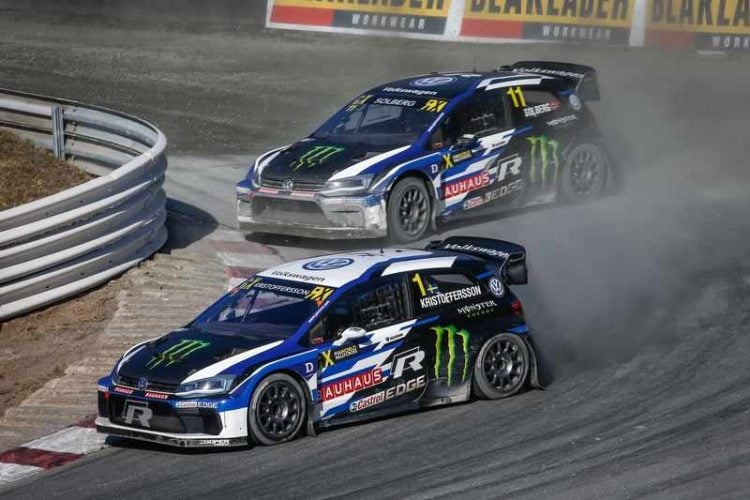 Petter Solberg‘s Volkswagen supported squad was the favourite to retain its titles in 2018 and they achieved that goal in the most dominant way possible. Kristoffersson’s eleven wins out of twelve events are a new statistic to beat and one that may not be beaten for some time however Solberg’s part in this success cannot be denied.

The former Double World RX Champion admitted that he had been fighting ill health since his accident in the 2017 World RX of Latvia and during the first half of the season it was clear that Solberg was not at his fighting best. The emotion was clear in Austin, Texas as he secured the Top Qualifier spot ahead of the Semi-Finals for the first time in over twelve months. From this stage on Solberg was back to his old self and podiums were a guarantee again.

Along with Kristoffersson’s win tally that kept him on the podium eleven times, Solberg was also on the podium a total of five times during the year and this aided the team securing their title in Germany on the penultimate weekend of the year. This showed the pure effort and hard work the team put in to retain both titles.

When you consider that the 2018 Volkswagen Polo R Supercar was an evolution of the 2017 Championship winning car and not a completely new creation, the domination that it saw with both Solberg and Kristoffersson behind the wheel was all the more impressive. Even with the contact that took place in Silverstone between the two drivers, the two World Champions worked in a harmony that led to good teamwork on and off the track.

With Solberg ending the year fifth in the Drivers Standings having been a contender for second place overall since Canada, 2018 was a truly impressive season for his team and it will be interesting to see what Solberg’s programme will be in 2019 now that Volkswagen has paused their World RX programme.

Kristoffersson has since been announced to be racing in the 2019 FIA World Touring Car Cup (WTCR) with Sebastien Loeb Racing alongside Rob Huff and Mehdi Benanni however don’t doubt his prowess in a Touring Car. The two-time STCC Champion is just as talented in front wheel drive machinery and with Volkswagen supporting SLR, a third World title could be on the cards.

With Andreas Bakkerud announced alongside Mattias Ekstrom for 2018 and the confirmation of an increase in support from Audi, EKS Audi Sport looked to be a formidable combination that could take back the title glory that Ekstrom’s EKSRX team took two years ago. However second place for Ekstrom in the Drivers Championship and for the team in the Teams Championship was a scarce reward for the season they endured.

On Ekstrom’s part, there seemed to be times that the Swedish driver seemed almost scrappy in his race craft, suffering several penalties during the first half of the season for contact as he tried hard to get an advantage setup early on. Whilst he was winless in 2018, four podium finishes and a better Supercar Final finishing record helped him secure second place behind Kristoffersson.

For Bakkerud, his speed was never in doubt and ideally, he should have won in France in what was one of the most frantic and closest Supercar Finals of the season. Were it not for poor joker strategy on the part of the team, he could have been and should have been the third man to win a World RX event in 2018. Often Kristoffersson’s closest challenger on track, the Norwegian lost out on second place in the Drivers title in South Africa after retirement in the Semi-Finals.

Bakkerud has been unlucky for the last two years driving for manufacturers who have terminated their World RX programme with him on the books, with Audi announcing they were not supporting EKSRX for 2019 just before Loheac. The Norwegian took six podiums on his way to third place overall but he was short on Supercar Final appearances which ultimately hurt his championship chances.

For Ekstrom, the future is unclear to many. Shortly after the South African Supercar Final, The former DTM Champion announced that he was stepping down from full-time World RX competition although he has left the door open for a part-time return. However, the doors at EKSRX have been closed after what has been a journey of Championship Highs and Penalty lows over the past five seasons. 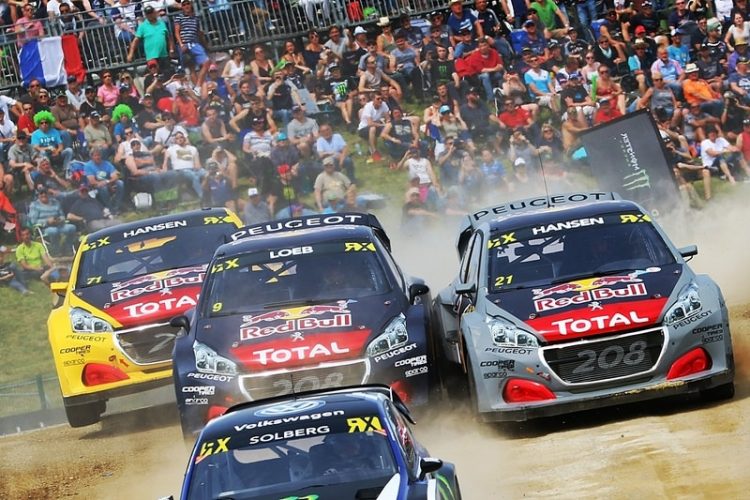 Team Peugeot-Hansen morphed into Team Peugeot Total as the French Manufacturer moved to a full works effort to try and win their first titles in World RX for the 2018 season. With the Hansen’s supporting this effort in managerial roles, Sebastien Loeb, Timmy Hansen and Kevin Hansen were all retained in the driver lineup with brand new Peugeot 208 WRX Supercars prepared.

The rate of development at Peugeot was fierce with the manufacturer entering upgraded cars for round six in Holjes, only three events after Loeb took what would be his and the teams only win of the year at Mettet in Belgium. The performance of the cars in Canada was impressive where they were a match for Kristoffersson on race pace and this led to a track invasion by the team, hopeful of a home win at Loheac the next time out.

With both Loeb and Timmy Hansen in the fight for second place for most of the second half of the season, Peugeot often had the pace on the newer “F1/RX” circuits to challenge for wins but joker strategy or contact often meant that the three drivers would lose out on points. Several engine penalties ruled out Timmy of the fight for second place and whilst Loeb pushed hard, he would end the year in fourth place overall with one win and six podiums.

As Timmy finished the year in sixth place overall and just two visits to the podium, Kevin Hansen revelled in being in near equal machinery and had his best season to date in World RX. The 2015 FIA European Rallycross Champion was on good form in 2018 with six Supercar Final appearances and a best finishing position of fourth place in both Norway and South Africa on his way to eighth place overall in the standings.

The future is unclear on Peugeot involvement in World RX. Whilst Sebastien Loeb has signed a deal to drive a partial programme for Hyundai in the World Rally Championship, there is growing talk of Kenneth Hansen reforming his World RX team and running both of the cars in their current spec for Timmy and Kevin. Should this come to fruition, this will be a very popular return for Rallycross fans.

Part two of this review covers the Privateer Teams who competed in the 2018 FIA World Rallycross Championship and will be available in due course.