Former Citroen World Rally Team driver Craig Breen has announced he will enter the Galway International Rally next month with Paul Nagle as his co-driver.

Breen, who was unable to continue with the French team in the 2019 season following the announcement that they’ll only run two C3 WRC’s for Sebastien Ogier and Esapekka Lappi, will enter the Irish event in a Ford Fiesta R5 alongside Nagle, who previously worked with Kris Meeke up until the end of last season.

The pair reunite having previously worked together back in 2012 and Breen said in a statement on Facebook: “Glad to share the news with you all that we are coming home! Myself and Paul Nagle will take part in the Galway International Rally in February with a Fiesta R5.” 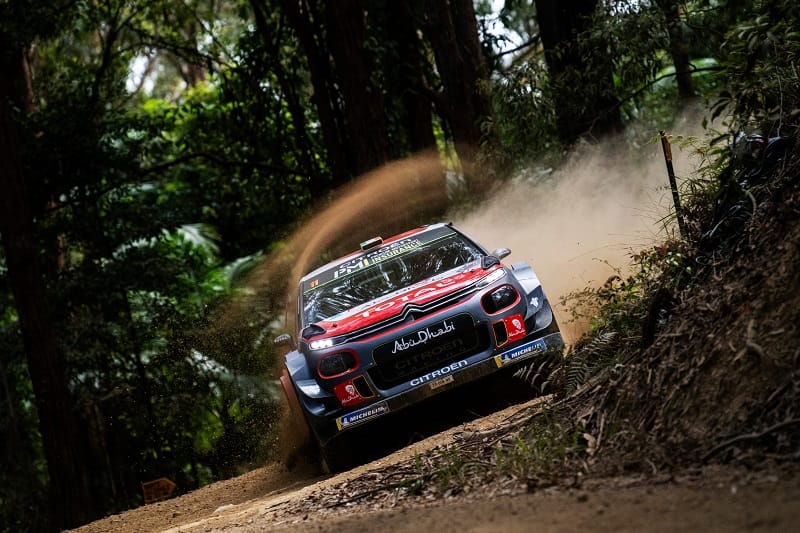 This season will be the first time since 2015 that the Irishman hasn’t competed in at least one round of the World Rally Championship, but he reassured his fans that he is aiming to return as soon as possible. He added: “Now to answer a lot of questions – this is by no means a sign of our intentions in the WRC. Since I was a child I have loved everything about Irish Rallying more than anything else, and suddenly having the chance to do these events is something that genuinely brings a smile to my face during these difficult times.

“After all, the best roads in the world are sitting here waiting all over Ireland! I am not out to prove any points or set any records, I’m here to enjoy my time, enjoy our amazing roads, and get back to enjoying my driving.”

“We are still working hard to get back in the WRC as soon as possible, and I think we will back doing what we do best before too long, but for the moment the dry stone walls and shiny tar are calling, time to have some fun!”

The 2019 Galway International Rally takes place on the weekend of February 9-10.

WATCH: Michael Fassbender takes on Ireland’s Rally of the Lakes in Ford...

Podium finish for Breen at Itäralli, Lindholm to join MRF Team for...

Craig Breen to compete in ERC with MRF Tyres Team