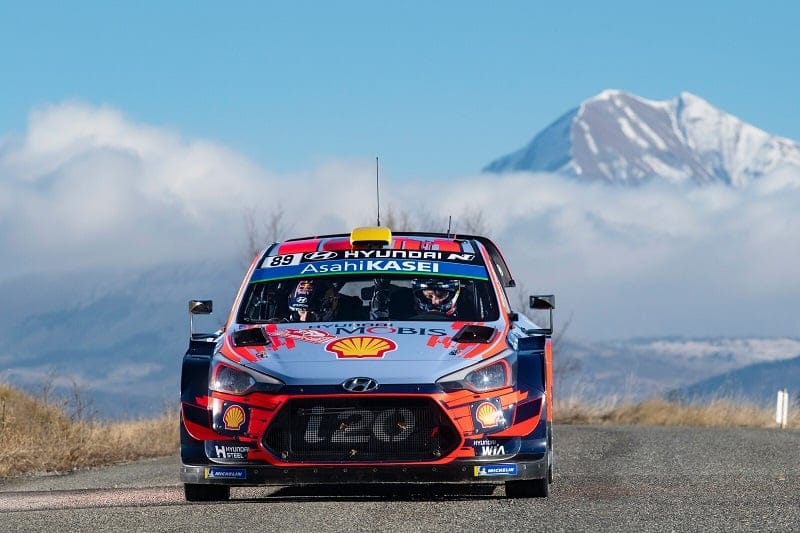 Hyundai Shell Mobis World Rally Team’s Andreas Mikkelsen believes he has the pace to be battling at the front of the 2019 FIA World Rally Championship.

Mikkelsen retired from the opening round of the season in Monte-Carlo after hitting a wall and ripping off the rear left corner of his i20 Coupe WRC, but the Norwegian driver is sure he can show his pace at the front beginning with Rally Sweden next weekend.

He said ahead of next weekend’s event: “Rally Sweden is a highlight in our calendar as we spend one day in Norway, so it is kind of a home rally for us. We were disappointed to retire from Monte but we had found a good rhythm with the car and we are confident we can be fighting at the front throughout the season.”

Speaking about the Swedish event he added: “It’s the only event that is fully snow on ice. Driving with studded tyres on the stages gives you an incredible feeling, like you are floating.”

The Norwegian has finished on the podium in Sweden a total of three times including last season for the Korean manufacturer.

Round two of the 2019 FIA World Rally Championship takes place next weekend between February 14-17.

Toyota's Jari-Matti Latvala: "It’s very important to be competitive on this surface"

Sébastien Ogier: "I’m excited to be back competing in Portugal"

By Pontus Lindroos
3 Mins read
The Hyundai Motorsport drivers of Thierry Neuville, Ott Tänak and Dani Sordo are all having a great confident to do well in Portugal this weekend