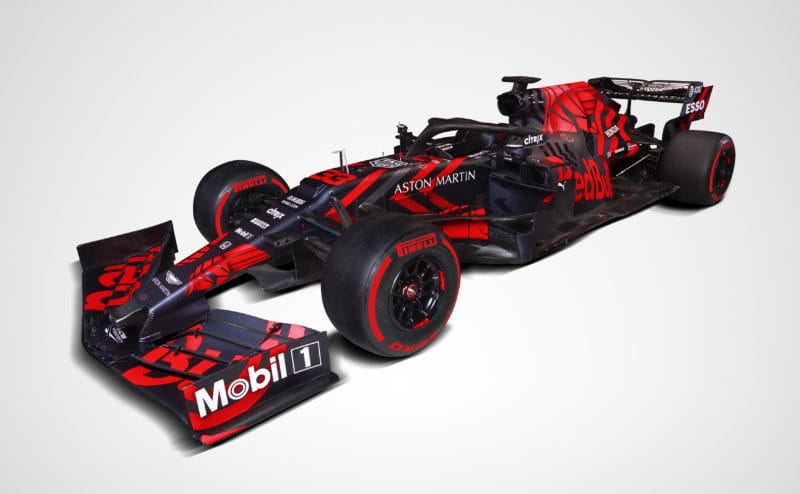 The Milton Keynes-based squad have gone for a one-off change of livery before it takes to the track at the Circuit de Barcelona-Catalunya on 18 February.

Red Bull finished third in the Constructors’ Championship in the 2018 FIA Formula 1 World Championship, which included four victories and two pole positions, their most in a V6 turbo hybrid season.

The RB15 that will be contested by Max Verstappen and Pierre Gasly will begin life under new engine partners Honda after a 12-year tenure with Renault.

Verstappen enters his third-full season with the team, whilst Gasly makes the jump from Toro Rosso, filling in the vacancy that was left by the departing Daniel Ricciardo.

Red Bull hope to carry on where they left off from last year in a bid to close the gap to rivals Scuderia Ferrari Mission Winnow and Mercedes after being the third best team in car performance on most tracks.

The livery is expected to return to its more familiar look by the time F1 arrives in for the 2019 Formula 1 Australian Grand Prix at Albert Park Circuit on 17 March.