Sébastien Ogier took his second win of the 2019 FIA World Rally Championship on Rally Mexico and secured the win on the event-ending Power Stage on Sunday afternoon.

The Frenchman, who won his fifth event in Mexico, had a 27 second lead going into the final three stages over Elfyn Evans, but the Welshman was overtaken by Ott Tänak as the Estonian won the opening two stages of the day and the Toyota Gazoo Racing driver ended the event 30.2 seconds adrift of the rally winner in second.

A delighted Ogier said on his victory: “It has always been a special place, I am glad it is still happening that way. It was not a trouble-free weekend for us, but I am glad it finished with no problems.”

“Corsica for sure will be the same target, take the win and maximum points. I’ll celebrate on the plane with some champagne and then at home with my wife and my little one!”

M-Sport Ford driver Evans’ day was made worse after arriving late to a time control that gave him a ten second penalty, although he still finished 37.1 seconds ahead of Thierry Neuville who secured fourth overall.

The Power Stage saw Ogier also take the win, albeit by just 0.1 seconds ahead of Kris Meeke with Neuville just another half a second behind in third. Dani Sordo and Esapekka Lappi, who restarted after his crash on Saturday, completed the points scoring positions. 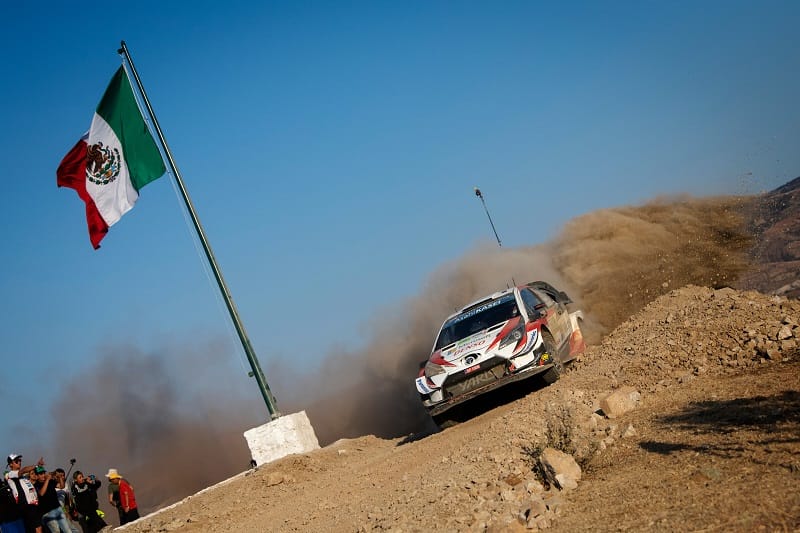 Behind Meeke, Benito Guerra finished winner of WRC2 and sixth overall on his home event, with Bolivian youngster Marco Bulacia Wilkinson in seventh. He leapfrogged Jari-Matti Latvala on the overall leaderboard after the Finn was another driver to receive a time penalty, as well as struggling through the final stage without a front bumper and a damaged radiator.

The top 10 was completed in Mexico by the recovering Dani Sordo and local driver Ricardo Triviño.

Round four of the 2019 FIA World Rally Championship is the Tour de Corse, which takes place between March 28-31.

By Steven Batey
1 Mins read
Oliver Solberg says this weekend’s Arctic Lapland Rally is a “big adventure” as he gets set to make his debut for Hyundai.
FIA World Rally Championship

By Steven Batey
2 Mins read
The Ypres Rally in Belgium will replace Rally GB in the 2021 FIA World Rally Championship.