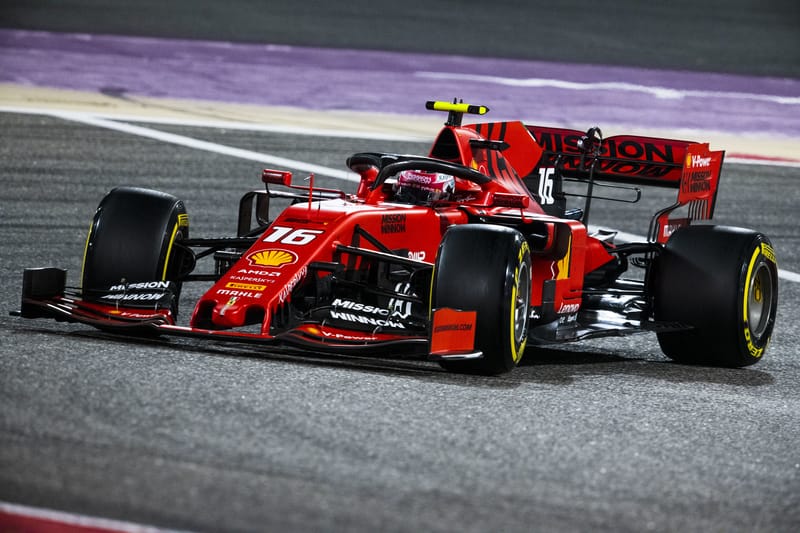 A philosophical Charles Leclerc says the mechanical misfortune that cost him his first victory in the 2019 Bahrain Grand Prix is simply “part of motorsport” as he vows to come back stronger.

Leclerc had dominated the Bahrain Grand Prix weekend in only his second outing for Scuderia Ferrari, out-pacing his more illustrious team-mate Sebastian Vettel to score his maiden pole-position.

A poor start saw Leclerc drop to third place behind Vettel and the fast starting Valtteri Bottas. But just a few laps later, Leclerc fought his way back to the lead.

He would dominate the race from there, leading in the closing stages by over ten-seconds from Lewis Hamilton. But a suspected turbo issue cost Leclerc up to five-seconds per lap in the final ten laps and he was denied a maiden victory as both Hamilton and Bottas cruised by.

“It’s part of motorsport, we know that,” said Leclerc. “Sometimes it’s not your day to win and today wasn’t ours.

“In the final part of the race we had an issue with the power unit and I had to slow down. It’s a shame because the race seemed to me to be under control.”

A late safety car allowed Leclerc to keep third place ahead of Max Verstappen  but despite making the podium for the very first time, Leclerc is naturally disappointed.

“The team is disappointed and I am disappointed but there are a lot of positives to take home from this weekend. They gave me an amazing car and that is very much to their credit. The car was very easy to drive and was very good.

“These things happen in motorsport: we took the best out of it anyway. It’s my first podium even if I’m not enjoying it as much as I wanted. It’s life, it happens, we’ll come back stronger”.