RISING STAR: Porsche Junior Julien Andlauer has the world at his feet

Born in the south of Lyon, France in 1999, Porsche Junior Julien Andlauer has worked his way through on to international stage of racing in a relatively short time.

For the 2019 season the 19-year-old will return to the Porsche Mobil 1 Supercup grid and continue his driving duties on in the FIA World Endurance Championship with the Dempsey-Proton Racing team.

Like many others, he started racing in Karting before making the move in to single-seaters when he took on the French Junior Championship Formula 4 in 2015, competing against the likes of Giuliano Alesi. A strong season saw him take two podium finishes and third in the Junior Championship and eighth overall, he also had his first taste of Porsche, racing in the 24 hours of Spa support race with the Sainteloc Racing team.

2016 would see the Frenchman take on the Porsche Carrera Cup France with the Sainteloc Racing team, taking four podium finishes on his way to fifth overall in the championship and second in the Rookie standings. In the same year  fellow Frenchman Mathieu Jaminet won the championship, before going on to become a Porsche Young Professional Driver.

The 2017 season would see Andlauer make a breakthrough as he switched to Martinet by Almeras, taking on Porsche Carrera Cup France. At the age of eighteen the young Frenchman took seven victories from eleven races, beating Joffrey De Narda to the title by nine points.

At the end of the season Carrera Cup France organisers nominated him for the Porsche Junior shootout After two days of testing and evaluation Andlauer was announced as the winner, becoming a Junior for the 2018 and 2019 season.

Talking at the time, Jennifer Biela-Moll, Porsche Motorsport Junior Programme said “We’ve made a detailed analysis of the data and results from the shootout. Of the nine participants, Julien Andlauer impressed us the most. He’s very young and he has a lot of talent. We’re looking forward to working with him,”

Having wrapped up the national title and gained Porsche Junior status, Andlauer was given the opportunity to race in the final rounds of the 2018 Porsche Mobil 1 Supercup with the Martinet by Almeras team.

In a field of thirty cars Andlauer qualified in sixth and fourteenth places against season regulars for the double-header racer weekend in Mexico, supporting the FIA Formula 1 World Championship. During the first race weekend he held on throughout the race, fighting against the likes of Matt Campbell, Michael Ammermüller, Dennis Olsen and Dan Cammish, an impressive start on his Supercup debut.

Taking on the world

For the 2018 season Andlauer continued in his native France, taking three victories throughout the season to finish runner-up to Ayhancan Güven (who would also take the Porsche GT3 Cup Challenge Benelux championship).

The main focus for the year however, was the Porsche Mobil 1 Supercup as he stepped up with the Martinet by Almeras team.

In his first full year of the championship the young Frenchman impressed as he took on champion Michael Ammermüller,  Nick Yelloly, and Thomas Preining at the front of the pack, and while he was ultimately beaten in the overall standings by the trio of drivers, he managed to impress, taking two victories and a further two podium finishes to remain in the running for the title throughout most of the season.

The two victories scored during the 2018 season came at the season finale as competitors took on the double-header in Mexico, Andlauer dominated after starting both races from second on the grid to finish ahead of Ammermüller in the first race and Yelloly in the second race.

Alongside his Carrera Cup and Supercup duties Andlauer was drafted in to the Porsche customer racing team Dempsey-Proton Racing to take part in the FIA World Endurance Championship with Matt Campbell and Christian Ried. 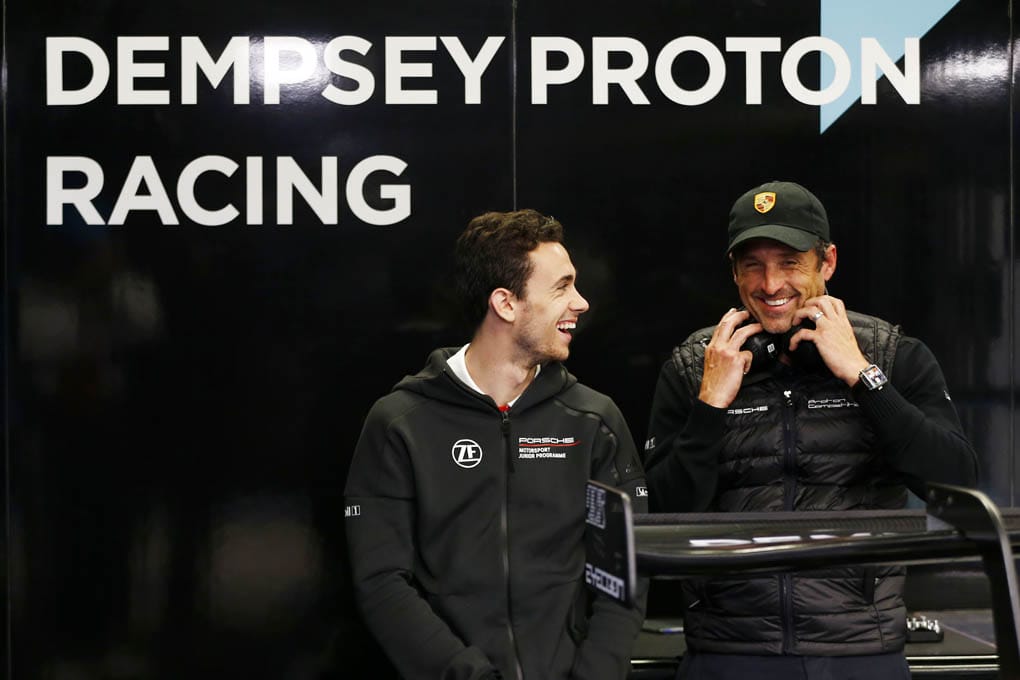 Andlauer took a fourth-place finish in the Pro-Am class with his fellow drivers during the opening round of the 2018-19 FIA WEC Superseason at Spa-Francorchamps and since then has finished on the top step of the podium four other times.

Unfortunately the championship challenge for the team hit problems when they were disqualified from the 6 hours of Fuji for exceeding the minimum refuelling time during pit stops, and upon further investigation it was found that the FIA data loggers for the car had been altered to manipulate the refuelling times for the cars for at least two races and as a result all points prior to the Shanghai round were lost.

With two races of the season left, including the season-ending 24 hours of Le Mans, the team look set to be in a strong position to add more wins to their season tally.

What does the future hold for Andlauer?

While the team that the Frenchman is yet to be confirmed for the Porsche Mobil 1 Supercup, he will be back and looks set to be a frontrunner and championship candidate for the 2019 season.

This weekend he will race in the Porsche GT3 Middle East Championship in Bahrain that plays support to the 2019 Bahrain Grand Prix at the Sahkir International Circuit as he gets in some early practice for the season ahead.

Andlauer’s future looks bright, and if he can succeed this year in the Supercup whilst adding to his WEC experience, it will be a hard job for Porsche to deny him a place in their factory line up in 2020.