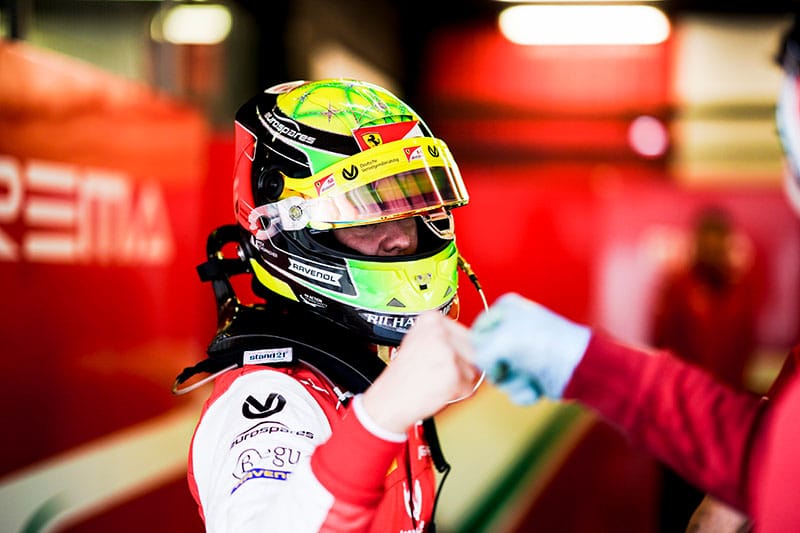 Formula 2 driver Mick Schumacher will drive the Alfa Romeo Racing C38 on the second day of the Bahrain test at the Sakhir International Circuit next week.

The test follows the Bahrain Grand Prix this weekend.

British and fellow F2 driver Callum Ilott was also announced as the team’s driver for the Barcelona test later in the season after the Spanish Grand Prix in May.

Both drivers are members of the Ferrari Driver Academy and start their F2 season this weekend in Bahrain.

Team principal of Alfa Romeo Racing, Frederic Vasseur is very pleased about the news and believes it is in the team’s DNA to give new talent an opportunity.

“We are very pleased to announce that Mick Schumacher and Callum Ilott will each complete a rookie test day for Alfa Romeo Racing.

“It is in our team’s DNA to spot and nurture young talents. Mick and Callum are perfect examples of determined and skilled racers who deserve to be given the chance to take the next steps in their careers.

“Collaborating with two such promising drivers is great news for our team, and we look forward to working together.”

Schumacher is thankful to the team for giving him the opportunity and is looking forward to the experience.

“I am obviously more than excited and would like to thank Alfa Romeo Racing for giving me this opportunity.

“I am really looking forward to what I’m sure will be a great experience.

“But for the moment, I am consciously putting all thoughts of the test to one side, because I am also very much looking forward to competing in my first F2 race and would like to focus a hundred percent on the weekend to come.”